Valentine's Day: a day to be loved and showered with candy, flowers and kisses on the nape of the neck. Unless of course you happen to be single, in which case you realize this Hallmark-created abomination is just an excuse for fools blinded by love to display their affections publically in stomach-churning ways. And oh, how you envy those oblivious fools. Well, it's time to end these feeling of inferiority. Here are some ways to have a blast flying solo on the year's shmoopiest day.

Why sweat a noxious first date if you don't have to? Odds are your town offers a plethora of hands-on classes whose instructors don't care that the calendar proclaims it a made-up holiday. All you need to do is pick your poison. 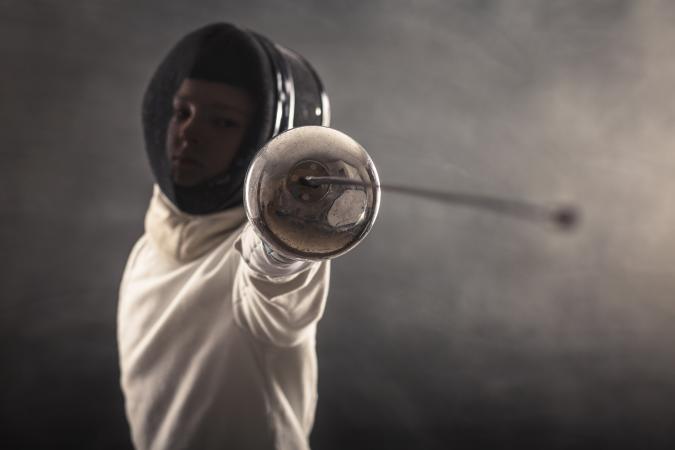 Maybe all you know about fencing is that it killed Hamlet and it begins with an "en garde!" Or perhaps you know a bit more, like how to thrust and parry and the differences between a foil, epee and sabre. Either way, introductory fencing lessons combine a dusting of class with your desire to stab away frustration. Fencing is one of the most hands-on local classes, even from the very first day. Just remember to aim for the heart.

That little scamp Cupid makes the game of love seem so easy. But what he doesn't tell you is how he spent his entire childhood being taught the bow and arrow by his taskmaster uncle, Apollo. And don't let his baby-soft looks fool you; the training was eighteen straight years of torturous Hades. That being said, an archery class is a far less intense, hands-on way to spend a fun, productive evening. Most sessions end with drinks and socializing; just be sure to arrive sober, because accidentally harpooning a fellow in his backside won't end as romantically as a direct hit from that winged other guy.

Tae Kwon Do, Judo or other martial arts classes are fun and rewarding on their own. Adding a lonely Valentine's Day and some good friends into the mix brings learning proper distribution of weight to a whole new level. Because sometimes you just want to kick somebody and not have to sweat any legal quagmires, right? Or how about a self-defense class? You and your friends can place bets over who'll take down that heavily padded gentleman the quickest. And while self-defense is a valuable tool, it can also be a blast. In fact, all across this nation, colleges and other social groups are aiming to make self-defense sessions as fun as they are informative.

"I Don't Need Your Validation" Cinema

Binge-watching has become a defining attribute of the modern age. But bingeing can be even more satisfying if it has a purpose. While some women go out and find a date for Valentine's Day "because they're supposed to," you're smart enough to realize that a last-minute date probably won't be half as entertaining as some well-written fiction. Now, what should you watch?

It may seem counterproductive to watch a romantic comedy on Valentine's Day. However, we love rom-coms because they're the furthest thing from real life. Such films are the height of idealistic, phony romanticism, and that's simply divine. So while your friends are out there trying to make a "Love Actually" out of a "Sid and Nancy," you can enjoy a marathon consisting of the masterful "Bridget Jones's Diary," the adequate "Bridget Jones's Baby" and the dustbin-worthy "Bridget Jones: The Edge of Reason."

What's a better metaphor for the vast commercialism of Cupid's big day than the zombie apocalypse? And while being wined and dined is nice, seeing a couple of Romero's finest devour a bride and groom is priceless. Plus, a zombie-fest is a good reminder that St. Patrick's Day, a holiday everyone can enjoy, is a mere "28 Days Later." (In reality, St. Patrick's Day is 32 days after February 14. But close enough, right?)

Why period pieces over modern-day faux romance? Because you're better than February 14, so much better, and there's no better way to show your superiority than by watching smart, witty fare set in the 18th, 19th, and turn of the 20th century. And once you start watching the works of Jane Austen, it's nigh impossible to stop; sister could write like nobody's business!

Bonus points: 2015's "Pride and Prejudice and Zombies" is a costume drama, zombie film and a romance; too bad it's not very good. 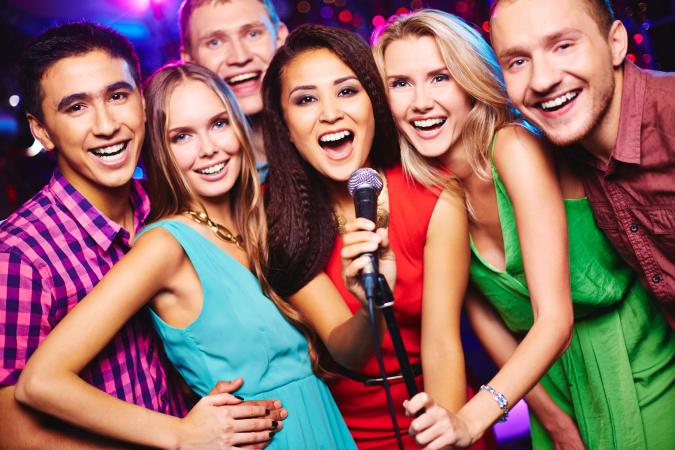 A lot of single ladies are going to be at the bar on Valentine's night, which would be great except they'll also be swarming with single men. And on the 14th, single men and single women are two very different species. So why not bring the bar-like atmosphere home? All you need are various alcoholic beverages and mixers, plus a powerful home karaoke system. And sure, some men can come over, but at least this way you're the one doing the vetting.

We've all been to karaoke bars and know that over half of all karaoke books consist of love songs. Instead of avoiding mention of romance on this night, why not symbolically tear into mass marketing's sappy idea of love by destroying history's best intentioned ballads? Belt hits like Mariah Carey's "Fantasy," Journey's "Faithfully," and risk having the cops called when you really go for those high notes in Miss Houston's "I Will Always Love You." Rest in peace, Whitney.

On the other hand, maybe some of your friends will be a little too love-sensitive, thereby negating half the songbook. That's no reason to fret, because as you probably know, there exists a core group of non-love songs on every karaoke list, guaranteed to bring the house down. Now, show-stopping tunes may vary depending on your friends, but Bon Jovi's "Livin' on a Prayer," The Police's "Roxanne," Queen's "We Are the Champions," and even The Village People's "YMCA" are scientifically proven to resonate with everyone.

Impress with Anything New

And in the end, if all else fails, you can always impress your friends by knowing the correct beats and pacing of any new hit single. Even if you can't do that, remember that half this shindig involves at least light drinking, so even if you merely attempt to cover a new song, you'll rack up points regardless.

I Can't Hear You; Too Busy Cruising 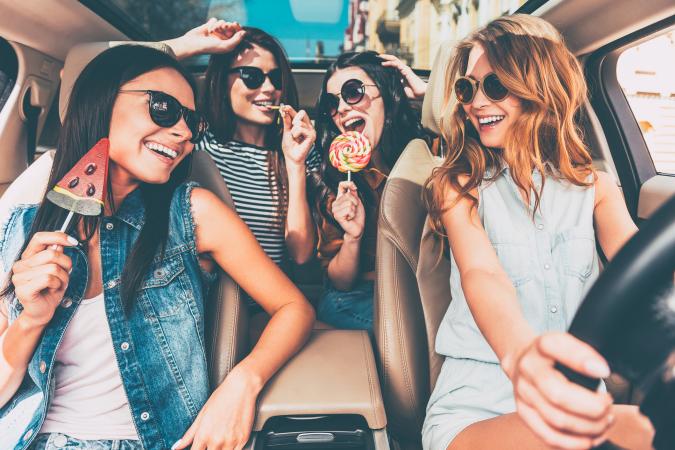 Once again, gas prices are relatively low. This is especially fortuitous on a day where a large portion of your town will be off limits because of all the fabricated romance going on. However, it's still a fine day for cruising (particularly with a few friends) in order to avoid restaurants, bars, and movie theaters in your search for enjoyment.

Find All Your Town Has to Offer

Chances are, your town won't be completely lost to the Valentine's Day invasion. This is why a dependable car is so handy. To help you find the best painting classes with the wine, have your best navigator ride shotgun and a couple mates up for anything occupy the back seat. Good times are out there; now you have to rev up and find them.

Transition to a Small Road Trip

If you prefer restaurants and bars, there's nothing against going to them outside of your town. Since you already have the party wagon tuned up, a night of cruising can easily transition into a trip to another town some miles away from your own. Now you and the girls can see how the other side lives and even compare notes with the locals before the evening is through.

Transition to a Larger Road Trip

Or maybe you'd prefer going way, way out of town. Is there a distant city you've been meaning to try, but you just never had the time or the opportunity? This one may take a bit of planning, because if you're down for the entire night, it'll be an added nicety to have a room (or two or three) already booked. This way, wherever you wind up in Shangri-La, you can party down to the bone and not have to worry about making it home before sunrise.

Only a Disaster if You Make It One

The bottom line is that being alone on Valentine's Day is only disastrous if you make it that way. If your mind is truly into having a good time regardless of what "everybody else is doing," it's clear to see that Valentine's Day is just one day of many in this experience we call life.

1
Comments
© 2006-2020 LoveToKnow, Corp., except where otherwise noted. All Rights Reserved.
Resources, Advice & Tips for Covid-19
Read More
How to Fly Solo on Valentine's Day and Love Every Minute