If you believe everything you read in the self-help aisle, French women stay slim by eating nothings but leeks, raise perfect children by putting themselves first, and dress themselves in an effortless way that could still land them in the style section of French Vogue. Basically, compared to la femme française, American women are shlubby, sad souls, who helicopter their children and wear yoga pants everywhere. Luckily, we Americans can learn to embrace our inner Frenchness in a few simple ways. 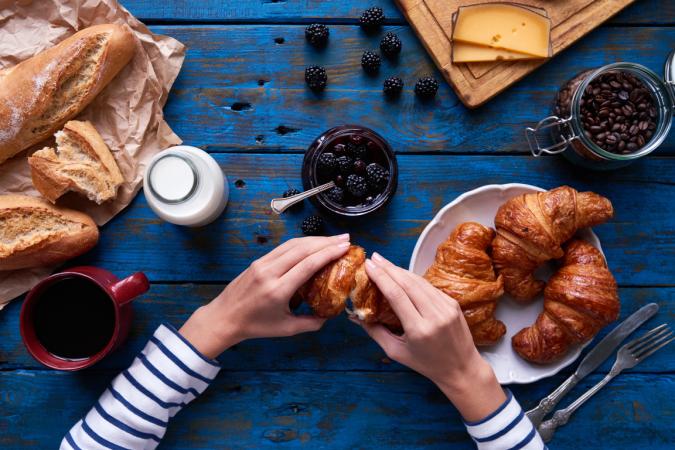 It's ironic that a culture that invented croissants and champagne and has a patisserie on nearly every street corner has somehow cornered the market on thinness. Whereas, American women gladly boast about their calorie counts and their latest gut-busting Crossfit workouts, a French woman is like that really irritating girl in a sorority who claims after three bites of anything that she is just soooo full and then insists that you finish whatever it is that she's eating, even if it a single serving granola bar. So, rather than deny yourself that pain au chocolat, just pretend you're French, savor three bites of whatever the hell you feel like eating, and then immediately pass it onto someone else so that she can get fat by finishing it instead.

Raise Perfect Bébés by Not Giving a Merde

If you've read any books about French parenting, you may already be aware that French kids don't fuss, they don't throw their food, and they eat everything (even stinky cheese!), so they're basically superior to your own kids in nearly every way.

As author Pamela Druckerman realized after moving to France, French mothers don't fret about their children or rush to cater to their every need. Basically, they are hands-off, and their kids turn out the better for it. So, the next time your kid comes up to you whining about being bored, just shrug your shoulders in a Gallic fashion and tell them in your best Brigitte Bardot accent, "Je m'en fous." (Translation: I don't give a damn.) 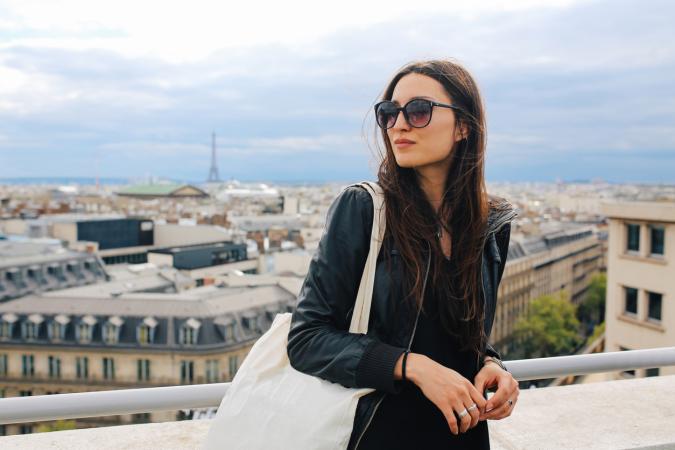 Remember in "The Devil Wears Prada" where Meryl Streep's nemesis was the French Vogue editor? There's a reason it was the French edition editor and not, say, the German editor or the Chinese editor. French women have a way of coming across as ruthlessly chic, like they're Gwyneth Paltrow on steroids. Yet, at the same time, they also appear as if their perfectly tousled hair just air-dried that way. So, basically, all an American woman needs to do to emulate this is to cultivate a look that's cool but not too cool. And don't forget long scarves. Even if it's 90 degrees outside, a chic French woman will always have a light linen scarf wrapped around their necks for some reason. If all else fails, you can always don a black beret, a striped shirt, and carry around an accordion. That will definitely make you look French.

The concept of dating doesn't exist in France the way that it does in America. In fact, there isn't even a good word for "date" in French. Basically, French women are either casually sleeping with someone or they are in a committed relationship, and the whole "third date rule" and all of the BS that comes with figuring out when to strategically have sex with a new partner that American women spend waaaaay too much time fretting about is completely non-existent in French culture. The difference between casual and committed is (duh) a sober French kiss. So, instead of reading relationship books or trying to decipher whether a man is "just not that into you," just have sex with a man you like, give him a hungover 6am kiss with tongue, and then go back to sleep, secure in the knowledge that you will never need to have a "define the relationship" talk ever again.

When It Comes to Beauty, Embrace a 'Less Is More' Philosophy

In France, people are not obsessed with Kim Kardashian the way that they are in the U.S. because her over-the-top makeup and hair clashes with the minimalist beauty routines most French women embrace. So instead of contouring your face for hours on end, an American woman should throw out that Kylie Jenner Lip Kit or that Khloe Kardashian-recommended highlighter and choose one facial feature to concentrate on, leaving the rest of her face (gasp!) bare. If minimalism leaves you itching to go overboard with something, then feel free to go ape with your perfume. French women would sooner leave their Parisian flat naked than without their favorite perfume.

There's Something to It

Even though we all get a little misty-eyed on the 4th of July when Lee Greenwood's "God Bless the USA" is blasted from the speakers of every Walmart store everywhere, it's no secret that American women could learn a thing or two from the French. After all, if Marion Cotillard could (allegedly) steal Brad Pitt away from the most beautiful American woman alive, there must be something to this being French thing!

0
Comments
© 2006-2020 LoveToKnow, Corp., except where otherwise noted. All Rights Reserved.
Resources, Advice & Tips for Covid-19
Read More
How to Do Almost Everything Like a French Woman