You met a guy. You're so excited and can't wait to tell all your friends. He's smoldering, passionate, and... loooooves to look in the mirror. Hmm. Maybe it's nothing, or maybe you're dating a total narcissist. There's more to narcissism than lingering self-checks in the mirror. Make sure you know what you're getting into.

Like the rebellious type? Uh-oh, your bad boy might be a narcissist. While not all narcissists are bad boys and vice versa, the two share a few characteristics. A bad boy exhibits a disregard for rules whereas a narcissist makes up his own rules -- think disobeying traffic laws versus telling you to never be late even though he's always making you wait.

A narcissist keeps you at arm's length by putting up emotional walls, but a bad boy probably just forgot about you as he rode his hog off into the sunset... alone. A clinically diagnosed narcissist deliberately manipulates someone to boost his self-perception. But your garden variety bad boy is mostly bad at manning up. 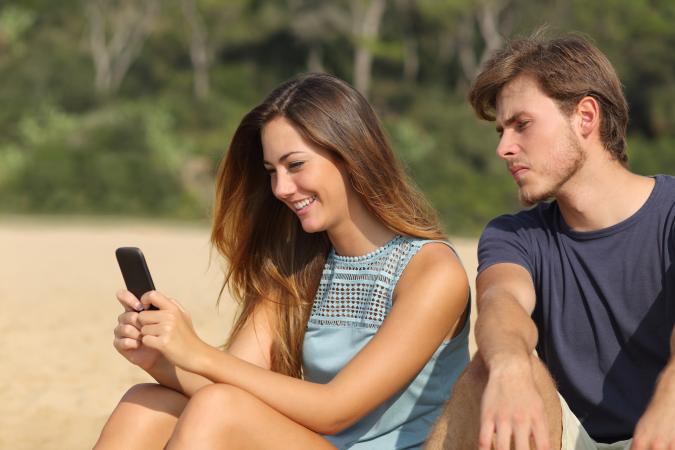 Your beau wants to be a constant presence in your universe. Initially, he paid a lot of attention to you and flattered you in order to ingratiate himself to you. But even after the relationship is established, he constantly texts, calls, and hangs around not because he wants to be around you all the time but as a means of keeping control over your life.

A narcissistic boyfriend may go to vindictive lengths to keep you close by demanding to check your phone, emails, and finances so he can keep a solid foothold on you and your life. Much like a kid throwing a temper tantrum, as long as he knows you're captivated, it's good attention and it fuels him.

Does your boyfriend relish in giving you advice you didn't ask for? Maybe he tells you you're too much of a worrywart when you express concern about the crippling issues in your life? This kind of disregard for your feelings and intelligence isn't just annoying. He's displaying qualities of a covert narcissist; he's diminishing your feelings while downplaying your problems with half-cocked advice. This gives your narcissist the satisfaction of inflating his ego while he gets to look like a nice guy for "helping" you. And all this attention on your life and problems is taking away your attention from him.

If you need to constantly build up his ego, then expect that you absolutely cannot exhibit any of your own. Maybe you're sporting your outfit, the one you feel like a celebrity in. And his only comment? How you don't look good in that color. Or maybe he denies ever liking a dish you made for him after he said it was delicious a couple weeks ago. Any show of confidence or skill from you is taken as a threat and met with passive-aggressive gaslighting. He criticizes your pride as being pompous behavior, but when you apologize for your own actions, he'll turn around and tell you that you need to grow a spine and stand up for yourself... just not to him.

Whether you need a shoulder to cry on or simply want to talk about your hectic day, your guy is not only unsupportive, he actively dismisses your feelings. This goes beyond just being a bad listener. A true narcissist waves away someone else's issue if he feels it does not effect him and then displays zero empathy. When he's actively not listening to you, he usually follows-up by interrupting with something far more "important" than anything you have to chat about. 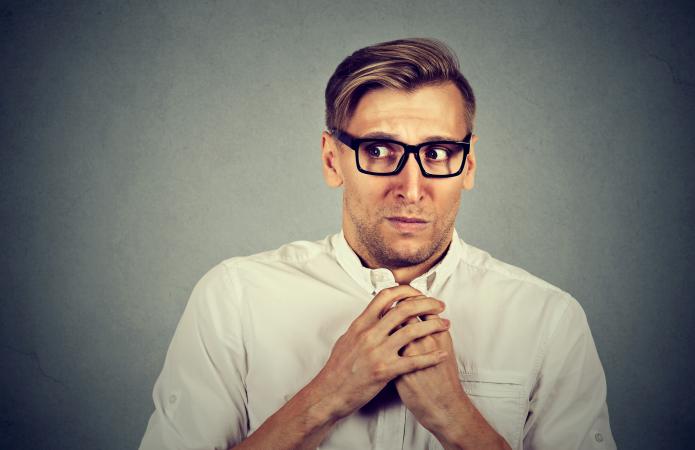 Some people have anxiety about not being good enough. In a narcissist, this manifests as regular feelings of superiority followed by strong bouts of insecurity during times of crisis. When these periods hit, his anxieties become a cry for attention or his fears make him defensive. Your boyfriend might be a vulnerable narcissist if he berated you for being better at video games and said you cheated to win; he is attempting to protect his ego by subverting your awesome Street Fighters skills. The worst part is he'll want you to feel bad for beating him.

A classic narcissist thinks the world of himself, but has a deficit in rich connections between friends and family. Your boyfriend is probably a narcissist if he has very few close friends or doesn't have close ties to his family, though the might brag about past adventures with best friends you've never met. Because he is prone to a cycle of over-valuing and devaluing the people around him, he will push away those close to him when he feels they are no longer of value, leaving just you and your dream boat. Alone. On an island.

If these signs ring any bells for you, first, stop beating yourself up over someone's bad behavior. And then, speak up! Not every narcissist is beyond help, but keep in mind, not every relationship is built to last under the pressure of one person's immense ego.

0
Comments
© 2006-2021 LoveToKnow, Corp., except where otherwise noted. All Rights Reserved.
Resources, Advice & Tips for Covid-19
Read More
7 Signs Your Boyfriend Is a Narcissist