Unless you live far, far away from other human beings or reside in a community straight out of a 1950s sitcom (where the worst thing that ever happened was your kid climbing the town water tower - scandalous!), then you've probably dealt with a bad neighbor now and again. Some neighbors go beyond merely bad and are clearly doing all they can to earn the title of "Worst Neighbor Ever." Here's a handy list of some of the standouts and ways to deal with them, other than calling a realtor and leaving town. If you attempt something that stretches the definition of "legal," hey, you're on your own.

You did your part, whether you live in a in a snug cul-de-sac or high-rise apartment building, to greet the new neighbors. Maybe you even dropped off a plate of baked goods or "Welcome to the Neighborhood" basket. Now you have a brand-new BFF, someone who rings your bell day and night for any and everything. Your overzealous neighbor somehow took that initial welcome gift as a quid pro quo, and wants to exchange favors until the end of time. You long for the days when you could read, watch TV, or have a family dinner in peace without cringing each time you hear footsteps on the landing. Where will this end?

Solution: Here's a great time to break out all of the Halloween costumes you've been hoarding. Answer the door in a different costume every time. Use a different accent for each costume. Really get into the role and become the person (or creature) in the costume. This is especially fun if you do a monster and your speech consists of mostly "Uhhhhhhhh" and variations thereof. Eventually, your neighbor will think you've lost your marbles and seek greener pastures.

You could also try the "I just found out I've got a terrible and contagious disease" ploy, but if you've got the nurturing neighbor who likes to make soup, this could backfire by about a thousandfold.

2. The "Don't Care What the Lawn (or Anything) Looks Like" Slob 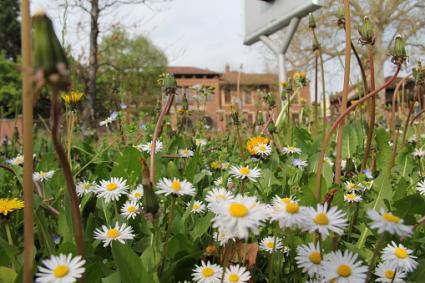 When your neighbors haven't used a lawnmower since, well, ever, it's not only unsightly, but it can create additional unwanted neighbors. Snakes, rodents, and insects don't really care about property lines, so they might visit you once they're done hunkering down in the field next door. Not only is the lawn a nightmare, but trash cans are overflowing, rusty bikes line the driveway, and your kids come home with a rash whenever they cut through the neighbor's back yard (stop doing that, children!).

You might politely inform Mr. and Mrs. Messypants that a little curb appeal goes a long way. Your concerns are heard, perhaps even given an "I'll take that under consideration," then totally ignored. Even involving the rest of the neighborhood has no effect.

Solution: Before you "accidentally" let a loose flame from your cookout ignite the offending eyesore, try something a little more subtle. How about selling "Jungle Tours" through their yard? Not only do you get the Messypants' attention, but you make a little cash on the side. Start practicing your best tour guide voice with hushed lines, such as "And here we see the intrepid car-on-cinder-blocks, which seems to be inactive, but is just waiting to pounce." Just be careful of stepping in the intrepid dog poop, which is probably one of the reasons the lawn grows so tall and green.

Oh, the poor, misunderstood leaf blower. So what if the decibel levels are higher than is comfortable to humans and pets? Or they create up to eight times more noise than that from a passing car? No one really suffers from noise pollution, do they? This is the neighbor that wants to keep things looking great, unlike the slob described above. He or she has determined that the best way to do it is by revving up an engine and blasting anything from an errant leaf, to pools of water in the driveway, to the hapless squirrel who's trying to collect acorns for winter.

Solution: This is the time to fight fire with fire, so to speak. When the leaf blower comes out, you get out something louder. Buy a big ol' lawnmower, even if your yard is the size of a postage stamp. Gun that baby as obnoxiously as you can. If your neighbor seems oblivious to your tactics, then try doing at when the leaf blower is silent; 6:00 a.m. or thereabouts should do the trick. At least you'll get a dialogue started, right?

4. The Dog with Inexhaustible Vocal Cords 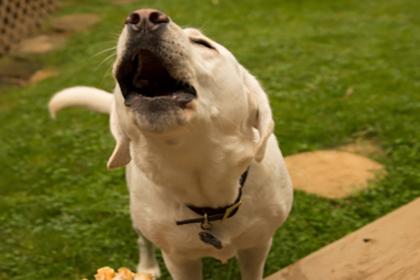 You love dogs. You have a dog (or several) yourself. They're little angels. The neighbor's dog, on the other hand, is the spawn of Satan. He barks all day. Every day. Sometimes all night, too. Why doesn't the neighbor do something? Wait - the neighbor did do something. Amazing Neighbor left the dog tied up outside so everyone could enjoy his pet's chorus of growls, howls, and yelps. Perhaps if this seemingly terrible pet owner understood why poor doggie was acting out, the problem could be solved. That, however, would require actually considering the feelings of others.

Solution: What can you do? You can figure out why dog carries on in such a manner. In fact, have an in-depth conversation with said canine, using his own language. Make sure your neighbor sees you sitting face-to-face with Man's Best Friend in his yard, exchanging barks. Try siting outside of the neighbor's window around 3:00 a.m. as well, whimpering and whining in your best puppy-speak. Just like the 6:00 a.m. lawnmower, this is a guaranteed attention-getter. 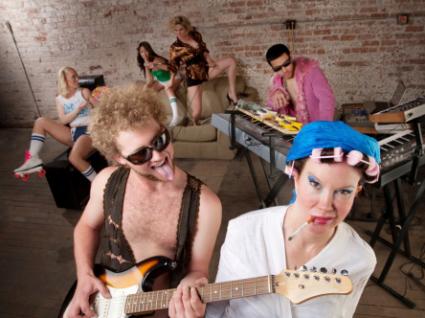 From the twenty-somethings going all night in the apartment next door to the neighbors who have a really nice pool and spend every waking moment there (along with all the kids in town, who are only too happy to yell at the top of their little lungs), this is yet one more type of noisy imposition. Why do humans hate peace and quiet so much? It's a mystery.

Solution: If the festivities are during the day or on a weekend, you can't be a curmudgeon about it. Nor would you dream of it! Alas, the 24-hour party people don't seem to have a clock, so it's up to you to gently remind them what time it is. Calling the cops? That's for amateurs. Start inviting yourself to each soiree. Don't even knock; just walk in. Introduce yourself to every guest - repeatedly - and mention that you work in a cool profession ("Something having to do with corpses, wink!"). Eventually, they'll get wigged out enough to take the party somewhere else.

Bonus for party-throwers of college age: Do a little research, then crash the party with their mom and/or dad in tow. Nothing quashes a good time more than a beer followed by a parental-disappointment chaser.

If you've got a neighbor who doesn't seem to work but has a whole lot of stuff, there may be some activity going on which doesn't exactly please you (especially when you keep having to ask some stranger to stop blocking your driveway with his super-hot - yes, in both ways - Bentley…among other low-key models). Oh, and there may be models hanging around, too.

Solution: This one can be a bit tricky, because ticking someone off whose motives are unclear could lead to even more trouble. One of the best things to do is fake a broken leg and start spying, all Rear Window-style. Unlike Jimmy Stewart, though, have an arsenal of spy equipment at your disposal. Get some terrific footage, throw a neighborhood party, then show off your results to everyone (don't forget to edit for clarity and brevity). Definitely invite Sketchy to this bash - nothing like seeing the face of someone so busted that the only option is to slink away in the middle of the night. 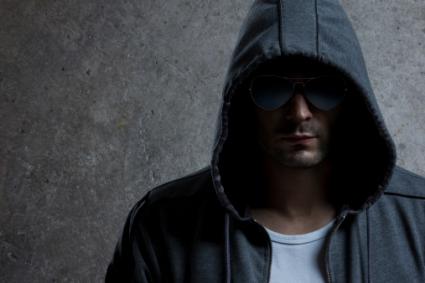 Finally: a quiet, unobtrusive neighbor who keeps to him or herself. After all of those other schmucks, this might seem like a dream come true. Who needs eye contact, anyway? Then again, most of us have seen either Silence of the Lambs or an episode of Criminal Minds during our lifetime. There may be a reason there's an awfully large chest freezer in the neighbor's garage….

Solution: This is the time to put all of your best online and social networking skills to good use. Just like you might set up a Google alert on yourself to do a vanity search, set one up with your neighbor's name. Start following your neighbor on every platform you can think of. Make sure you're not anonymous about it, either - you want them to know you're aware of every move they make!

After weeks of retweeting everything your neighbor says, you may find the barriers breaking down in the form of a tearful visit, begging you to stop being a creep. Because in this case, the neighbor you consider a weird loner has social anxiety and just wants to be left alone. Whoops. Apologies are in order, along with a plate of your famous baked goods. You can be fairly sure that this neighbor won't turn into the horror show described in #1, but if she does? Congratulations! You have no one to blame but yourself.

If All Else Fails

If you've done everything possible to be an excellent neighbor and others just don't want to play nice, there's always venting. Hop over to Annoying Neighbors, share your horror story, and hope there's always someone whose neighbors are far worse than yours. If not, then accept bragging rights and remember that your realtor is but a phone call away!

0
Comments
© 2006-2020 LoveToKnow, Corp., except where otherwise noted. All Rights Reserved.
Resources, Advice & Tips for Covid-19
Read More
What to Do When Your Neighbors Are the Worst