One of the true anxieties in pairing your life with another person's is the simple fact of not knowing if they are who they say they are. Though feeling you don't know their whole story may seem scary, the worst part definitely lies in the discovery.

1. The Parade of Ex-Lovers

It's not uncommon for you to wonder what kind of person your significant other was with in their youth. And, let's face it, we have all had those ill-advised periods where we've shacked up with a tattooed circus man-ape for one summer. It may be best to not delve too deep, considering your own experimental history. Once the story about your passionate three-way romance with the Swiss goat herder and the Italian banker comes out, it can never be unheard. If your secrets are better left unspoken, assume you wouldn't need to hear about your spouse's past flings.

2. An Affair to Forget 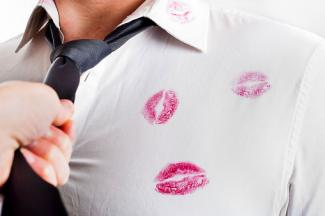 It's one thing for you and your spouse to share past mistakes, but it is another to discover a recent indiscretion. Sure, they have been "working late" and, yes, they do return home smelling like your sister's perfume, but that doesn't mean they're carrying on together. Besides, the lipstick you found on your spouse's collar isn't your sister's shade, and those long red hairs couldn't be hers because she's a brunette. Even if something was going on, any relationship can overcome a moment of weakness with just a little denial. So stick your head in the sand because there can't be a problem if you can't see the facts, drag your spouse for some talk therapy, or go your separate ways.

It's 8:30 pm, your reservation was for 8 pm, and they've been in the bathroom for an hour. You knocked once to confirm they hadn't fallen in only to hear what sounded like cannon booms and cavalry trumpets. You're not aware of what they ate earlier that day, but from past experience they have a digestive tract of iron, so you are positive it's not food poisoning. You didn't find any books about historical weaponry or pamphlets on Civil War reenactments laying around, so fingers crossed this isn't a new activity that holds up your morning routine. Consider building an add-on powder room to your home where your spouse can summon the cavalry in private.

Somehow, despite having slept in the same bed for a few years, you've only now stumbled upon the secret about your lover's age. The discovery occurred when the sun hit their face as they rolled over in bed and you opened your sleep-crusted eyes so you could finally see the truth. What you thought was a tired, middle-aged person bedraggled by the world was in fact a youthful 20-something with a bleak demeanor. Maybe you missed it because they were remarkably mature. Maybe you assumed all of those nightclub and bar bouncers were paying him a compliment. Maybe you just didn't want to ask. In any case, you can either confront your lover or let the age issue rest.

You think something odd is going on because your spouse doesn't show up for days at a time and the "business trip" excuse is wearing thin for several reasons. They were trying to get inside your neighbor's house using a ring of various keys and often, they refer to your kids by the wrong names. You confronted them about confusing the children with this behavior, and their reasoning was they needed to hear if Bobby would have been better as a Joseph. Certainly don't try knocking on the suspected Wife Number Two's door before you confirm the existence of other suspected families. This could all be a big misunderstanding that might make you look like a crazy person! 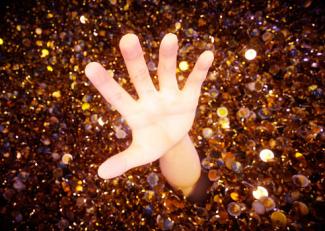 This came as a slow realization, but you've received past due notice after past due notice and whenever you have questions about the finances, your better half is nowhere to be found. You put it together and understand your family is swimming in debt to the point of desperation. Your best bet is to take the metaphor to the extreme and pick-up floaties and pool noodles because that's the only way you're keeping your head above water. Alternatively, you can pack up your bills and head to a credit counselor.

Who says all secrets are bad? After being overwhelmed with curiosity as to where your hubby goes out in a tuxedo, you found him hosting a charity ball benefitting homeless children. It turns out your very private husband is a trust fund orphan whose kind and wealthy parents were murdered in front of him at a young age, and he's just giving back to the community! You're not sure why his family tragedy wasn't discussed before you exchanged wedding vows, but you're sure it's fine. Getting involved in his charities is a sure way to show support.

So, you decided to follow him home after the charity ball, and you discovered the price you pay for being married to a rich guy. And that price is... eccentricity? Whatever you call dressing up in a costume and executing vigilante justice. It's weird and you're hoping this isn't something you missed when you signed your pre-nup. Make the best of it and show some solidarity by dressing up and becoming their sidekick.

Sometimes you keep a secret to prevent someone from being hurt. They hope to spare you the agony of fixing them, but this is getting out of hand! You can't help but feel your loved one is in a lot of pain, considering the molting skin and awful smell. You've tried mention it during dinner, but it's hard to speak when you can taste the scent of their rotting flesh through every bite of food. Our suggestion is to bring the doctor to your home. You don't want a certain someone's limbs to fall off during the car ride to the hospital. 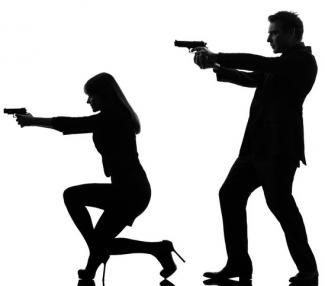 Well, this is embarrassing. Here you thought you had a career independent from your spouse when they've practically been working alongside you your entire marriage, sniping dignitaries and carrying out nighttime hotel poisonings. This is a good thing though! You felt like your careers were taking away quality time, and now you know about this shared ambition, you can talk shop without fear of being boring. This is going to be a real turning point if there aren't contracts out on each of you. If you stick together, you're sure to take out the metaphorical hired guns in your long life together!

Why is it that these things always come out of the blue? One day you two are at the museum appreciating a tableau with a polar bear and an Eskimo and the next, she's hiding in the basement, only to emerge when her Amazon shipment of embalming fluid is delivered. Finally, during a very special family dinner, she announces her new hobby of taxidermy by unveiling a mangled stuffed raccoon. You wish you were incapable of guessing where she found dead animals to work on. You can always try pushing her toward animals that are less likely to have been roadkill. 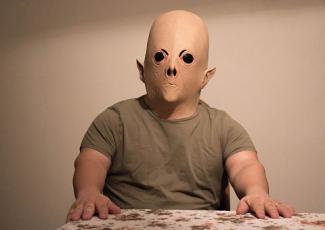 Anytime someone you care about goes out late at night, it's a cause for suspicion. However, when they come home glowing like a 90s rave carrying glass vials of assorted fluids, you feel alarmed. You broached the conversation lightly, thinking they were just a mad scientist, but then they came right out and said, "I'm from Saturn, and I'm abducting our neighbors." Is it legal to pursue a divorce because your significant other is literally from another planet? Frankly, it depends on which state you live in. Check the books!

Out of everything on this list, you really can't see a reason to complain about this, but this isn't just, "Honey, I've been taking a business course at night." They've been sinking your entire savings into improv classes, poetry writing courses, and a sommelier certification. If you thought they were going to throw away your money, you would have hoped they would do it on something benign like a gambling addiction. Financial infidelity is just as serious as any marital issue, so we'd suggest investing in a counselor.

Even though your life partner spared you the details of their secret, it doesn't mean you can't forgive and learn to live together again. The best test of the strongest bond is adversity and if your situation is any of the above, you've got it in droves. And if you are unable to bear the betrayal, remember it takes a different kind of will to say, "No. No way. Not in a million years will I keep up with this sham of a life." Choose your strength.

0
Comments
© 2006-2021 LoveToKnow, Corp., except where otherwise noted. All Rights Reserved.
Resources, Advice & Tips for Covid-19
Read More
Skeletons You Might Find in Your Spouse’s Closet