Wait, what?! What in the heck is that smear-ball in that picture you just took? Did you put your finger in front of the lens again? Did you breathe too hard and fog the lens up? Ew, is that a freakin' creepy-faced ghost we see? Those illuminated, circular spots in pictures are called "orbs," and they have been racking peoples' brains on a regular basis, thanks to digital photography. There are several explanations for these balls of brightness. Which theory do you believe?

People have called these forms "angels" or "spirits" for years. Believers notice a lot of orbs in photos taken at special family gatherings, worship services, or in spiritual places. Do pics taken at these events pick up the dust in the air at a wedding reception, or are they the guardian angels blessing (or maybe trying to ruin) the union? Hey, maybe great grandma thought he was a loser!

Photos taken during worship services frequently show golden orbs on or near the clergy, participants, or depictions of deities and holy people. These orbs usually are located behind a person or object, so they obviously can't be labeled as a reflection. Believers often take these appearances as proof that the light visible in each photograph is indeed an angel. Many ancient religious texts describe angels in terms of light or as beings of light. There is no scientific proof that orbs are angels, though. Maybe we all just want to believe?

2. Pardon Me, But Your Halo's Showing 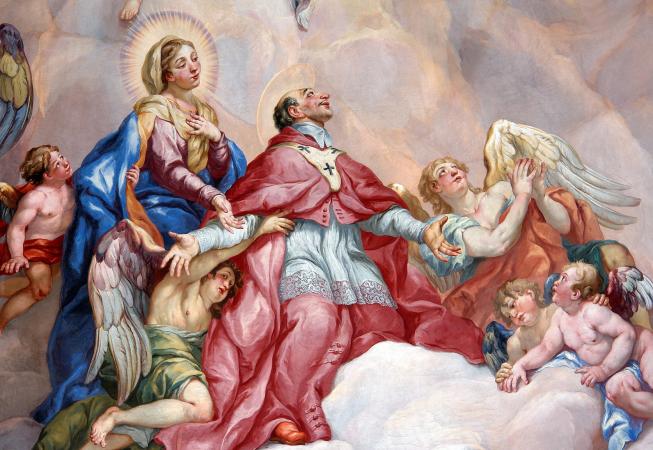 Beyonce' can see your halo, but are they visible to the average human eye, too? An article from GeorgeDStewart.com seems to say so, and it's all about our past. He correlates modern day orbs captured in photographs with halos formerly depicted in artwork for hundreds of years. What if the old, European dudes who painted spheres or globes of light behind the heads of Christian saints actually based this idea off of sightings of orbs? Did they try and correlate orbs with something of spiritual significance, or did they maybe just hit the wine a little too hard that day? Halos are a big reason why people think orbs could be angelic, but like we already mentioned, there's no scientific proof to any of this. It's still fun to believe though, right?

Who you gonna call?! Paranormal believers and ghost hunters think that spirit orbs are the energy patterns of ghost or entities. Yikes! They believe spirits glow and show off a shine of gold, green, blue or crimson light, especially in pictures. Some say moving orbs in movies or clips are ghosts too because they, well, move, but there are other explanations to that.

There are some who even think they've seen faces in orbs once they zoom in, and really, no alcohol or drug use was involved! Scary. Believers point to the appearance of orbs in photos of supposedly haunted places. However, a careful study comparing the number of orb photographs taken at supposedly haunted places and the quantity of orbs photographed at random locations has never been completed. Perhaps that's what needs to be done in order to come to the conclusion that an orb is in fact a ghost. Either way, it's fun (and ghoul-tastic) to pretend they are, don't you think?

4. Time to Break out the Feather Duster?

Chill out and clean, people! You most likely aren't being haunted or followed by a dead relative or lost ghost if you see orbs in your photos. Dr. Gary E. Schwartz and Adjunct Research Professor of Optical Sciences Katherine Creath at the University of Arizona published a study on orbs in 2005 that said most of these shapes can be explained by the reflection of the camera's flash off of objects on the scene, or off of dust. Yep, that's right. Those pretty little balls of light in your pic aren't necessarily a lost loved on, but they could easily just be, well, dirt.

Are bugs good for anything? Seriously. That circular spot in the gorgeous picture you just took could easily be an insect. Where's the fly swatter?

Perhaps the little creature got in your shot, and its fast movement created a blur in your photo. Kind of like when you move when a picture is being taken with a slow shutter speed. At least the bug landed in your shot and didn't land on your face or mouth, right? There's a study on YouTube that shows how easily an insect can be mistaken for an orb in a digital picture. 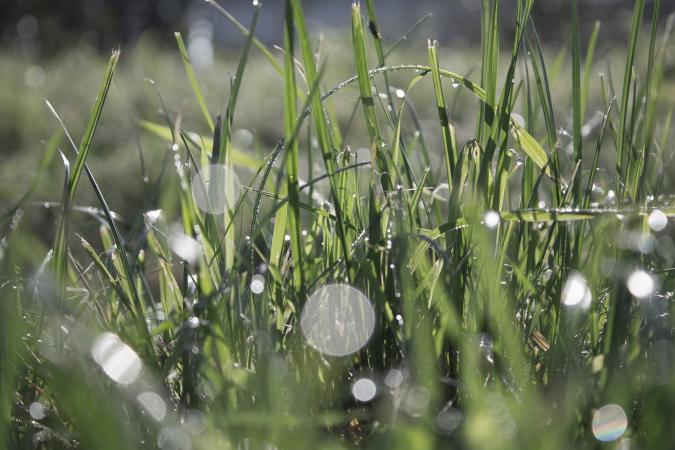 Moisture droplets (aka rain) and other such debris can also show up in photos as orbs. A moisture orb will appear in a photo exactly where the moisture droplet fell on your lens, though. Makes sense. Raindrops appear to grow in size when the flash hits them. Snow will also cause this similar effect. When you see an orb seemingly fall straight down, or blow across like a draft in a video, chances are it's not a ghost, but just debris. It helps to be aware of common causes of moisture in your environment, such as mists, fog, waterfalls, fountains, creeks, etc.

Common sense alert. Snowflakes falling in front of the camera lens can reflect the camera's flash and appear as orbs. You can see false orb photos here that show how snow droplets lose their form when the flash hits them and as they strike a bright reflection of light. The pros suggest that when trying to take paranormal photographs outdoors, it is best to do so when it is not raining or snowing. Duh!

Kathy Owen, the founder of Lake Isabella Paranormal Society, did experiments that were all about hair getting in the way of a picture, and being mistaken as orbs. She purposely created photos to show how a person's hair can appear like a moving orb in ghost pictures. Who would've thunk? The flash reflecting off of human hair can make a nice white or orange effect in the picture; but it can also appear to have small "orbs" within it, too. The strand can appear thin or wide in a shot...kind of like how pictures make our bodies look that way, too. Just make sure you tie that hair back if you're going ghost hunting!

Not to Burst Your Orb Bubble, But...

So the next time you run to Facebook or around at a family gathering telling everyone that you just snapped a picture of your late grandpa or that ghost you swear has been following you around, you may want to think back to this list. Were you outside in the rain or snow when you took the photo? Was there a pesky bug zapping around your face while doing so? Was your hair pinned back or blowing like the wind? Not trying to burst your orb-picture bubble or anything...but kind of.

0
Comments
© 2006-2020 LoveToKnow, Corp., except where otherwise noted. All Rights Reserved.
Resources, Advice & Tips for Covid-19
Read More
The Meaning Behind Those Strange Orbs in Your Pictures