Dog lovers always have a common bond -- their fur babies. Whether Yorkshire Terrier or a German Shepherd, every puppy parent gets a kick out of some groan-worthy dog puns. Next time you're hanging out with your fellow dog-loving buddies, bust out a couple of these paw-some puns for some chuckles (or audible eye rolls). 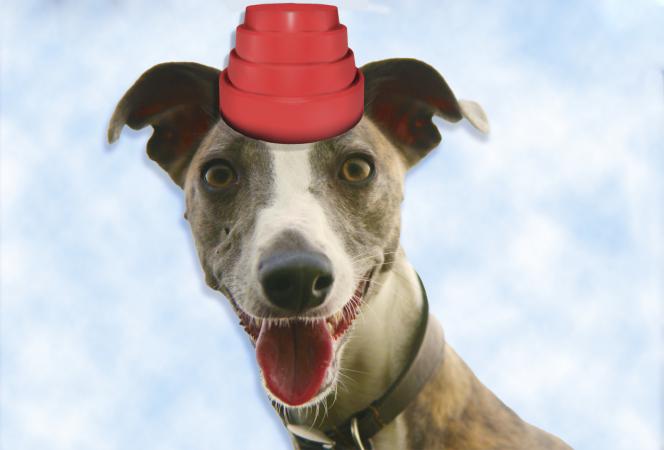 It's a nod to the great Devo song. Whenever you see that miniature greyhound, belt out this song for the owner to heavily sigh at. Plus, when a problem comes along, how can it not be solved by that adorable little face? Cute puppies are the answer for world peace.

2. Your Jokes are Repugnant

True story! This Yoda-looking dog is good for so many punderful puns! "I pugged the toilet." Or "pugs and kisses." And "I live the pug life" are all up for grabs. Those big, beady eyes and wrinkly skin make all the puggy puns that much more hilarious. Bust this one out for the over-the-top pug punners.

Here's a jab at a dog's interests. Sure your dog isn't cruisin' around Yelp writing reviews on his favorite dog parks, but he is barking around the backyard -- loudly. If your neighbor complains incessantly about your vocal furry friend, throw this line at him. Come on, he'll have to chuckle at it... unless he doesn't have a pulse.

And cringe. This is a line that Dads would be way too proud of. Sure, dogs have a sixth sense of sorts for many things, but can you imagine your dog owning a Rolex watch wondering why you're running behind schedule for walk-time? It's probably better that she has no idea 6 p.m. equals dinner every night. Imagine the nagging. 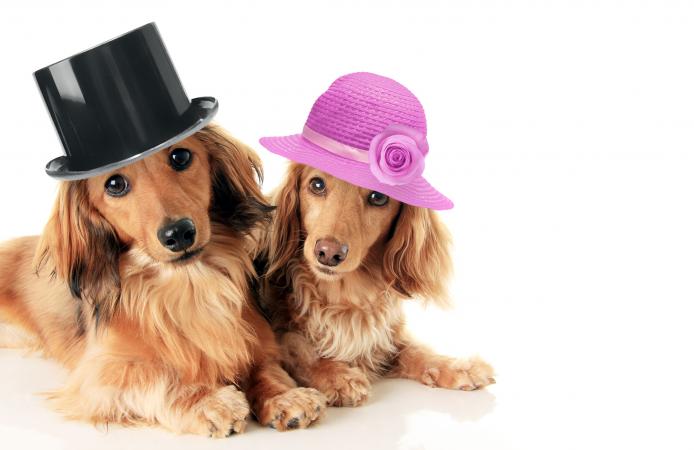 5. Two Dachshunds is a Real Paradachs

Waka waka! This is definitely a pun straight out of Dad's vocabulary toolbox. But when you think about it, these little fellas are known to get themselves into a bit of mischief. If you need a dog sitter and you have two dogs, this is good a line to throw at them like, "Well, at least I don't have two Dachshunds because that'd be a really paradachs for you, buddy!" *Cue laugh track

This one needs no explanation. These sweet pups are so innocent looking for such a silly pun. They look like a living, breathing Cousin It! Another great pun to go along with this is, "Holy Shih Tzu!" or "I Shih Tzu not!" This is also a great line to put on a picture frame with you and your Shih Tzu pup!

7. My Dog's Phone is a Golden Receiver

If you own a golden retriever -- this joke's for you, especially if you spoil your pet. "Fido's doghouse is so decked out, he even had a golden receiver installed by the phone company. His answering machine is called a receiver retriever." It's so ridiculous you can't help but chuckle.

8. Who Let The Canines Out?

Canines: they're the front fang-like teeth in the front of your mouth. Why the heck are they called that anyway? It's one of the world's great mysteries. Use this one on your kids when they're losing their baby teeth -- unless yours are witty and hilarious children who beat you to the punch. That'd be epic. 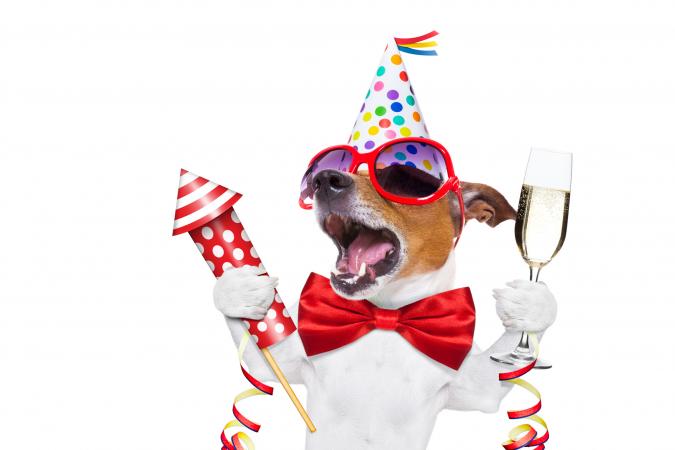 9. If My Dog Were a DJ, His Name Would be Sub-Woofer

Womp Womp. This line is so dorky that everyone can't help but crack up. Imagine a pup with a Flava Flav clock hanging from his neck, or Deadmou5-like headgear calling himself this. He'd probably pull a, "Raise the Woof!" line out all the time, too -- you know he would. It's too ridiculous to keep a straight face.

10. Dogs Remember Each Other Through Collar I.D.

Oh man. Not only is this joke a throwback to the dial-up internet days, but you actually identify your lost dog through the I.D. on their collar (duh). Too bad dogs can't actually read other dogs' collars and properly introduce themselves rather than their rear-smelling ways. Get with it pups! We live in a civilized era!

Imagine this: You're at the dog park with your canine friend when you run into one of your buddies and his puppy pal. Let's say you want to set a lunch or dinner outing to catch up. This is a great line for this exact situation. Maybe it'll even inspire the two of you to set a couple's play date -- the two of you and both of your pups, that is! 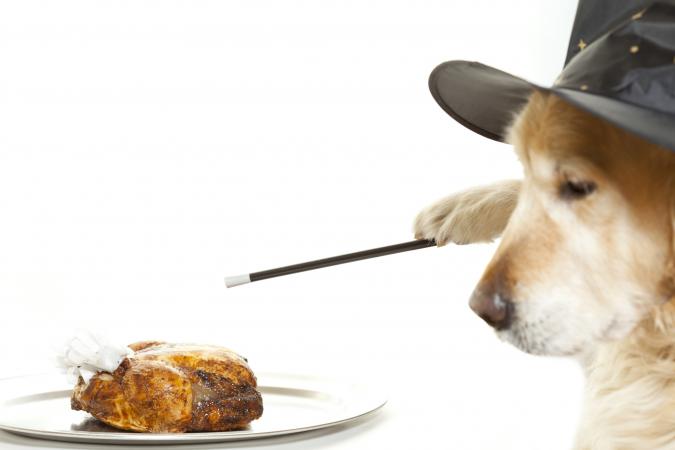 Yeah, this joke is pretty ruff, but did you imagine Houdini performing an epic illusion? And pretty much every dog has mastered the art of the disappearing trick. Food lands on the ground and then it magically disappears. TA-DA!

Did you accidentally call someone's female pup a boy? In the words of the great Scooby Doo, ruh roh. What if you mistook a Lhasa Apso for a Shih Tzu (they look almost identical!)? A good way to get yourself out of this mess is dropping this silly line. You can even say it directly to the dog since she was ultimately the one hurt by your unpupular statement.

With all of the Star Wars excitement since forever, this is a great one-liner to drop with your fellow dog-loving, sci-fi movie buff. If you're out for a walk, consider buying your pup a Star Wars shirt with this line and get a few chuckles along the way.

15. A Dog That Gives You Non-Stop Trouble is a Terrierist

You know which kind of dog I'm talking about -- the one that's about a foot tall but thinks he's 7'5". Yup, that little guy. He likes to bark at your ankles, chew up your shoes, and harass every new person who crosses his house's threshold. It's like you're under constant attack! And you're barking up the wrong tree if you think this little guy is changing his 'tude anytime soon.

Bad to the Bone

These dog puns are so wonderfully bad that you shouldn't be surprised if they start spreading like wildfire among your friendship circle. Most importantly, they are funny one-liners that every dog lover will appreciate. Puns so groan-worthy even Dad would approve.

0
Comments
© 2006-2020 LoveToKnow, Corp., except where otherwise noted. All Rights Reserved.
Dog Puns to Make You Groan