The Creepy Crawlies of Your Nightmares

Here is fair forewarning: if you are squeamish, easily grossed out, or especially afraid of things that creep and crawl, stop reading now! These 10 creepy crawlies are the stuff nightmares are made of.

You might look at the picture and think the botfly larva doesn't look so bad. It's small, and hey, maybe from the right angle, it's even... kind of... cute? Stop right there, friend. You'd be wrong.

These flesh-eating larva feast on your insides after you get bit by a carrying mosquito. They start as a nodule and then grow quite large, causing their hosts quite a bit of pain as they turn their bodies to burrow in deeper. On the bright side, they will open up an exit wound that will ooze pus and blood until they drop out. Unless you're infested. If you've visited Mexico, or Central or South America - be very aware of any mosquito bites you may have gotten, especially if you feel like they are crawling under your skin.

Anything with the words 'hornet' and 'giant' in its name is sufficiently terrifying, but this not-so-little creepy guy is nicknamed the sparrow bee because it is about the size of a sparrow.

If you're not creeped out by a hornet that is the size of a freaking bird, chew on this little tidbit: they kill about 40 people a year, largely because if they sting you, they inject a massive amount of venom which is a neurotoxin. They are also known for killing European honey bees en masse by dismembering them with their jaws.

Thankfully, you'll only find these nightmares if you're in Asia - they inhabit Japan as well as China and other nearby regions.

Bullet ants earned their moniker because their stings purportedly feel like you were shot. People describe being stung as having a tsunami of intense pain for about 12 to 24 hours. So, yeah... no thank you.

They can grow to be about an inch, which is enough to flee, but not if you're a man and part of the Sateré-Mawé of Brazil. Their warrior initiation requires boys to don gloves filled with bullet ants for 10 minutes while enduring the pain with little to no reaction.

Sure, the ordeal they have to endure 20 times leaves their hands blackened and swollen and in unbelievable pain for days - but there are after effects too. Apparently, the neurotoxin of the bullet ant leaves no ill effects and once the pain subsides, you feel like a king because of all the adrenaline you are full of. (For the record, there are easier and pain-free ways to get a good adrenaline rush.)

Also known as kissing bugs because they often bite victims on or near the lips, assassin bugs like this are pretty much found everywhere. They are known to carry the parasite that causes Chagas disease, so if you see them in your house, you want to deal with them swiftly.

However, in the bug world - these creepy crawlies have some serious moxie. They inject their victims in the abdomen with saliva that turns the victims' insides to ooze. Then they drink those little buggers dry, and for added measure, they add the corpse to a pile on their backs. Because nothing lets a predator know to back off like carrying around a pile of dead bug corpses.

Pretty to look at and aptly named, you'll find these in tropical regions of Asia, Africa, and South America. Take heart though, these wasps aren't known to bother humans. It's their reproductive behaviors that make them scary as all get out.

It starts by slowly paralyzing its roach host, stinging it with precision and rendering it zombified. Then it leads it back to its lair... er... nest and lays an egg in the roach and seals it in. Did we mention the roach is totally alive during this process? That is, until the little evil larva feast on the roach's insides, kill it, and emerge as a baby cockroach wasp.

Admittedly, it's hard to feel sorry for a cockroach. But it's also hard to be copasetic with any insect that has the power to zombify its victim.

Ever have a nightmare about spiders? If so, it's almost guaranteed that it was the wolf spider that was starring in your dreams. It runs, it jumps, and it has EIGHT eyes. That's enough to send anyone into a panic.

They are everywhere, on just about every continent. They like meadows and grasslands, but you can see these critters just about anywhere because they are just not that picky.

On the bright side, while they do bite, the bite won't kill you and is purportedly a little worse than a mosquito bite. But eight, alien-like eyes on a furry spider that runs and jumps is still nightmare-inducing.

It's a big hairy spider that eats birds. When we say big, we mean they grow to be about as big as a child's forearm. So what we really mean is ginormous.

They're native to rainforest regions of northern South America, so unless you're doing some exploring, you're relatively unlikely to run into one. On top of that, they only bite humans if they are scared, and their venom isn't too toxic to humans. However, if you're a predator, watch out! They can hiss and shoot barbed hairs from their abdomen to warn off predators as well as raise their front two legs and bear fangs.

It has a gazillion legs. It's fast. And it delivers one wallop of a bite. The jungle centipede can be found in tropical jungles in Asia, however, there are giant centipede species in most warm-weather climates, so you can even find a related, and equally creepy, species in the United States.

All those legs can seriously make you shiver, but the jungle centipede is aggressive and really fast. While its bite probably won't kill you, pet keepers (because yes, some people keep these as pets) report that it is extremely painful and requires medical attention. There's also the fact that it big enough to prey on small mice.

What kind of creature do you have to be to get named THAT? The tarantula hawk wasp is technically a gigantic wasp (as opposed to a spider or a bird). Its sting is noted as being incredibly painful, and professional journals actually say that the only thing you can do is lie down and scream, (which is pretty much what the guy from Brave Wilderness did.)

So they sting, and they're huge and flying - which is sufficient to warrant super scary status. However, why call them 'tarantula hawks'? Ahhh - because they stalk tarantulas, flip them over, and lay their eggs in them. So any flying creepy crawly that can flip over an insect two to three times its size, is definitely shudder-worthy.

Camouflage is the name of the game for these giant bugs. In their natural habitat, the Australian stick bug is almost impossible to see because it looks exactly like leaves on a tree. They are actually popular as pets, and suggested for young children as the leaf varieties are a bit more sturdy than a regular stick insect.

Their only real defense is their spiny legs and a smelly spray - that to humans doesn't really smell that bad. For once, this is a case where the real thing looks much scarier than it actually is. But still, if you were looking at a pretty group of leaves, and one of them got up and started walking away - admit it, you'd scream too.

So what's worse to you - something that just infests your house and is hard to get rid of, like bed bugs? Or would you rather encounter something gigantic, flying and stinging? That's a tough call - but we vote for neither! 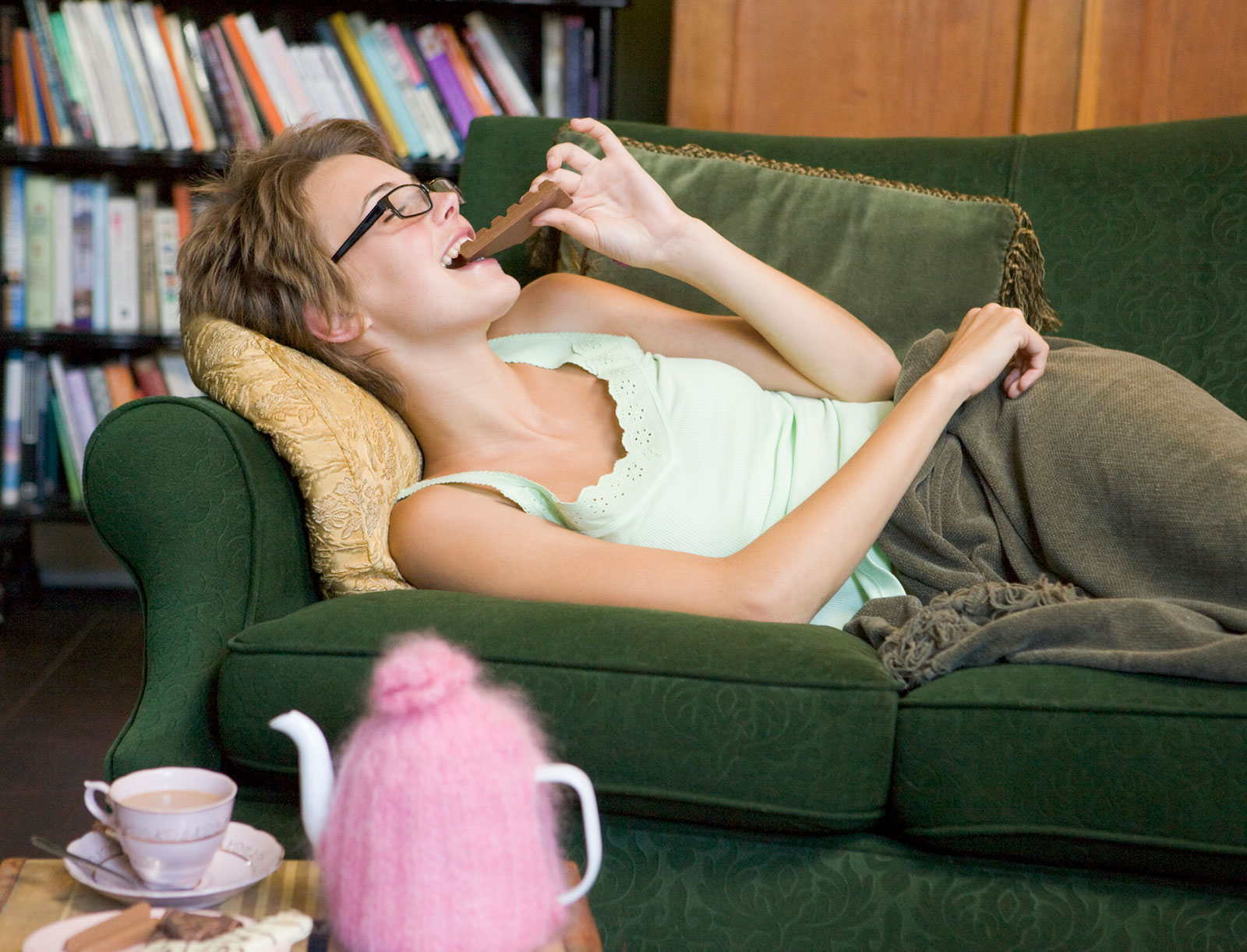