When it comes to weddings, everyone, and we mean everyone, has their own opinions about what is and isn't proper. For instance, serving donuts instead of traditional cake or wearing a neon purple wedding gown is tacky to some, revolutionary to others. However, there are some instances when a wedding decision is SO BAD it goes straight pass questionable etiquette and right into the #fail dumpster.

There's a time and a place for everything, and if you must have a photo of yourself pretending to give your husband a blow job, may we suggest waiting until after the wedding? In fact, honeymoons are all about having wild, crazy sex, so no one would probably blink an eye if you posted a NSFW pic on Instagram while vacationing at an adults-only resort in Belize. However, at least one couple thought it was a great idea to sneak off after the ceremony and simulate fellatio in the woods so that their wedding photographer could capture the moment. And, to that, we say "WTF?" What if their flower girl had walked in on them; what if Grandma had?

2. Texting Your Invitations to Random Numbers

There's a reason why people traditionally send out fancy-pants letterpress invitations in the mail, and that's so you don't randomly invite a bunch of randos to your wedding like one bride did. Detroit bride Kristen thought it was a good idea to send out her wedding location and time via text, only to wind up texting a wrong number. The unintended guest texted back, "You have the wrong number but me and my boys will be there." Kristen tried to backtrack by writing, "Oh, sorry! Not an invite to strangers" only to receive a "We still coming" response. That's not just bad etiquette, it could have been the beginning of a horror movie. 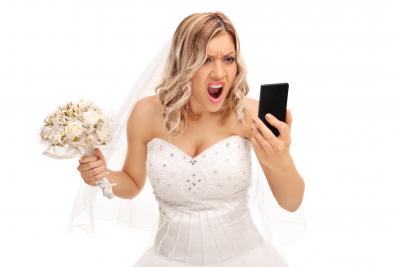 3. Bringing Weapons to the Reception

There are some wedding rules that go unsaid. One, don't wear white if you're not the bride. And, two, maybe don't bring a gun to the reception and accidentally fire it, causing the whole wedding to be shut down prematurely? Especially if it's a super-formal wedding at the Waldorf Astoria in NYC. 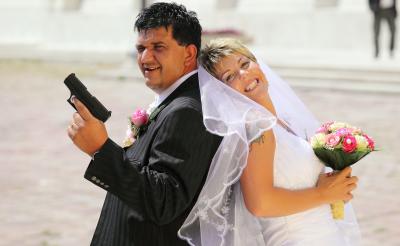 Here's the deal with weddings. The hosts are required to spend way too much money on a party where guests are served bland chicken for dinner and then are required to dance the Macarena or whatever other novelty dance the bride thinks would be "so fun." In return, the guests will buy the happy couple a quesadilla maker or some other random item from their registry. In no instances should cash be exchanged, unless you are a tacky French couple who had the nerve to send out an RSVP card that asked for a $70 "contribution" for each adult who wanted to attend their nuptials and $15 for each child. That's like being invited to a birthday party and being asked to pay for each slice of cake you ate. Even worse, the couple had the nerve to write that no other gifts would be expected, just the guest's presence. Ha! 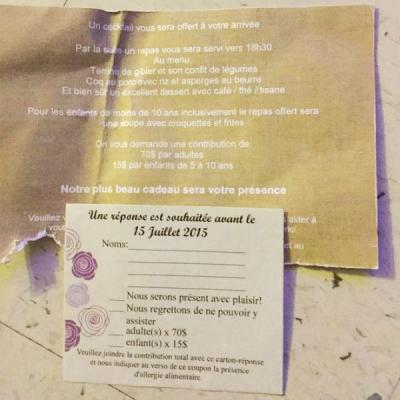 5. Charging Your Guests, After the Fact

Weddings are expensive monsters that eat up all of your money and destroy your relationships with your slaves i.e. bridal party. However, that is still no excuse to send a guest who RSVPed and was a no-show a bill for the dinner they didn't eat. "This cost reflects the amount paid by the bride and groom for meals that were RSVPed for, reimbursement and explanation for no show, card, call or text would be appreciated," wrote one super-bitchy bride to a guest whose babysitter fell through, causing her to not attend. Granted, wasting $60 is a bummer, but fighting rudeness with even more rudeness is a loser move. 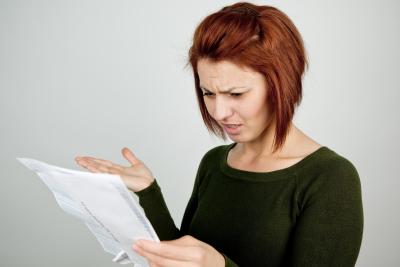 6. Getting Wasted and Making a Scene

Gone are the days when you could get super-drunk in public, make a total ass of yourself, and have no one remember it. No, in the era of SnapChat, smart phones, and live streams, not only do drunk wedding antics not go unrecorded, they can haunt you forever via the internet. And, in this case of one San Francisco couple, not even a federal lawsuit can take down a video of the very inebriated groom grinding on his new wife and then going underneath her dress to take off her garter, only to fall and look like a total idiot. 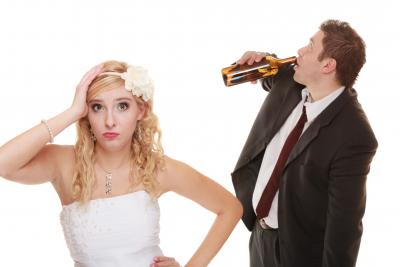 7. Having Your Boobs Fall Out of Your Wedding Dress

There's no reason to ever slut-shame anyone, but if you find you're being slut-shamed at your own wedding, maybe it's because you're totally naked or have just nipple pasties where the top of your dress should be? Just sayin'.

8. Proposing During Someone Else's Wedding

The average couple blows $30K on a wedding these days, so it's a really dick move to take someone's special day and make it all about yourself. And that's what you're doing when you propose at someone else's wedding. The only way you could make it more of an epic fail is if the bride is the sister of your fiance-to-be. Way to steal a lady's thunder and encourage sister rivalry, unknown man in a horrible sky-blue shirt. 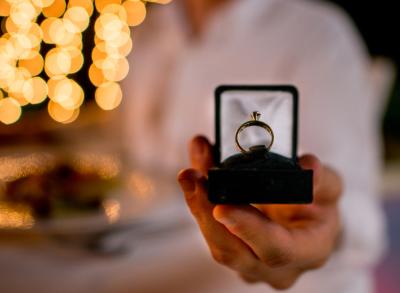 9. Smashing a Whole Cake in Your Loved One's Face

A couple feeding each other cake is already a tradition that borders on ick, but then there's the couple who takes it too far. You know the kind. The one with the grossly cute hashtag who used Pinterest as inspiration for their entire wedding from the upside down florals to the cutesy customized M&M favors. They think a little cake in the face is funny, so an entire cake in the fact will be downright hilarious. But they're wrong. So very, very wrong. 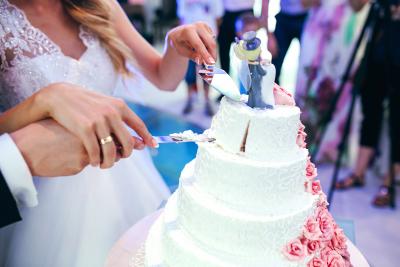 Apparently, it's popular to make an adorable sign that tells the groom it's not too late run away, even though his bride is about to walk down the aisle. Hilarious, right? Because, even though it's 2017, men don't actually want to get married; they're just trapped and have no other options. Better yet, why not top the cake with a 3-D model of a bride reigning in a groom who's trying to escape? 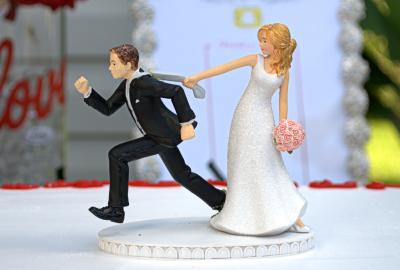