Through the years, the mighty pinky finger has gained and lost notoriety among various groups for their bling. Men and women alike have displayed small finger love with some extra chic pinky rings. Whether you're looking to show some authority, enhance your communication, or even flash your independence -- this small ring, and finger, generates a large message.

There's nothing more important than family, and the Scottish in particular love to show their ancestral pride. Many Scottish families have a rich history having faced tons of battles back in the day (you've seen "Braveheart," yes?). And after all those years of bloodshed, the Scots started sporting their family crest... on their pinky rings.

Not only do these rings show which clan you belong to, but there's an unwritten rank system within the clans -- talk about living in the past. The family crests were also used to seal messages in wax back in the carrier pigeon days, kind of like a return label. All in all, you could say they may take each other's lives, but they'll never take each other's freedom! To wear pinky rings that is.

2. A Declaration of Independence 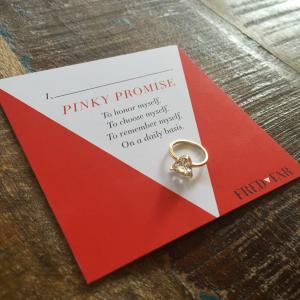 All the independent women throw your pinkies up! These days women are showing their fierceness with pinky rings. While a band on your ring finger communicates relationship status or affection, the pinky finger does the complete opposite!

A ring on this finger is a sign of self-love versus relationship love. And what better person to love but yourself, right? What's really fascinating is that men and women in the Victorian era wore pinky rings to ward off romantic prospects (maybe we should kick that tradition back up again in the bar scene… hmm). It's a show of self-reliance in a time of big-time tradition. At the end of the day, Queen Bey would be proud of your little finger show of independence!

Everyone knows the ring finger is a show of affection, but did you also know a pinky ring can be too? In fact, many in the gay community are known to don pinky rings to express homosexual pride. It's liberating and shows they embrace themselves and their sexuality.

These rings are typically thin gold bands -- simple but still sends a big message. We all know that the gay community has encountered their share of trials and tribulations, but the world has started to turn its bias into acceptance and support (woo hoo!). And these stylish and unconventional pinky rings prove that. 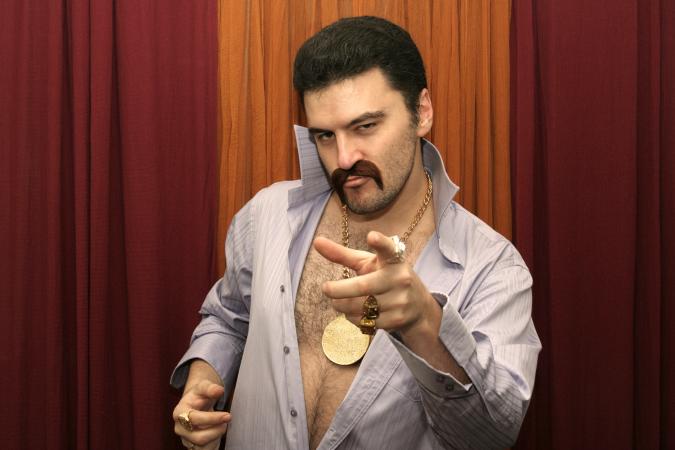 Get this: Mafiosos sport the pinky ring. Why? To fund their funerals (!!!). Legend has it that when a goodfella enters the eternal slumber, his associates are responsible for hosting the funeral. So the pinky ring he wears from day-to-day is his insurance policy, of sorts, to ensure all gets taken care of. Talk about morbid.

The associate who takes on the brunt of the work gets the ring. Think about it. This ring boasts dollar signs because these men work for the Mob for crying out loud. Said associate is then free to pawn the ring off and keep the money made from the transaction. It makes sense when you think about it since death is always looming over their heads.

4. A Connection with the Stars

The clairvoyant folk typically associate the pinky with the Roman God, Mercury. This high brow God was the keeper of boundaries and bridgeway between the upper and lower worlds, and communication. He also enjoyed some well-written poetry. Yeah, good ole Mercury had many talents in his day, and these talents carry over to your pinky.

Although you can't make a ring out of the hazardous element mercury to sport on the day-to-day, you can use your pinky ring to summon the values that Mercury's piece of the Roman pantheon represents. Essentially, you can use this ring to send a message to appease the mighty Mercury.

The Mafia isn't the only career whose members flash the mighty pinky ring. Engineers also keep it in their wardrobe. These guys put their time in when it comes to education. Once they complete their studies, they get their coveted pinky ring as a rite of passage.

All engineers know the code here. It's almost like two guys riding past each other on a motorcycle. They have this secret wave thing they do. Sure it may sound odd for us non-engineer (or motorcycle) folk, but it is the crux of their street cred. 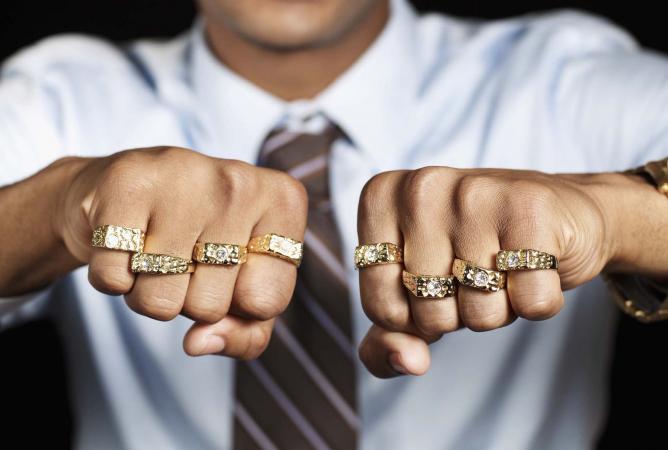 Ever notice that successful men like Puff Daddy (P. Diddy? Puffy Wuffy?... who knows anymore), Ringo Starr, Prince Charles, Drake and Future and Brad Pitt rock the pinky ring? It's not a coincidence. Pinky rings show power and status. In fact, you might even catch a high and mighty businessman wearing one too.

Pinkies have a link to money and success, so many men who put importance on material items are the ones most likely to ring up their little finger. Next time you watch MSNBC for your stock status, key into the amount of pinky rings you see. It's an interesting experiment.

8. A Cure for Writer's Block or Verbal Diarrhea

As mentioned earlier, the pinky is the finger associated with communication. And writing and speaking are two pretty important contenders in that arena. It's said when you don a pinky ring you subliminally tap into your inner communication skills.

Whether you need to increase your charisma or scale back your babbling, a pinky ring might be the charm you're looking for. If you see a politician wearing a pinky ring, you could even question what they're hiding. They have to show a lot of communication restraint in their line of work, and perhaps their ring is the talisman that helps them from spilling the beans on that need-to-know info. Conversely, if a writer has writer's block it might be helpful to put on that ring of power to help break through it.

Ring in the New

It's true, big things can come in a small packages. In this case, the pinky ring boasts a loud and meaningful message despite what you want to say. When purchasing your ring, make sure to find something that really shows off your colorful personality because that's what pinkies are for!