Your cat is a special snowflake, a gem among felines. That's why you never got Sir Fuzzballington fixed even when the vet offered (and offered and offered). And he's so precious that you will never need to. In fact, you enjoy the unique behaviors that transpire as a result of your cat still having his kibbles and bits!

1. You Always Wanted to Breed Cats

Kittens were your sprit animal as a child. As an adult, you're a cat fanatic. And you've already planned to have a statue of the Egyptian Cat Goddess Bastet as your tombstone. When it comes to how many cats you want in your life -- one is too few, and there's no such thing as too many. That's why you're totally okay with your unneutered male cats running around the neighborhood having their way with the lady cats. Sure, the feral cat population is out of control, but that just means more fur babies for you!

You were warned that both male and female cats are prone to spraying if they haven't been neutered. But what's a little pee smell? It doesn't matter if you sit on the couch only to find that Tabby KingKat claimed your spot as his territory. You can share the realm that is your home if only to have the cat serve as your emissary to joy and love.

Kitty Clawford is your little princess, and she loves to climb on top of you as her throne. She's a snuggling machine and has kneaded so hard into your chest it's now a little difficult to breathe. She is so obsessed with obtaining your constant attention and affection she mrowrs and yowls long past midnight saddened with longing. After several nights, you figure if you can't ignore her... join her. Together, you sing into the night the song of your feminine wiles. 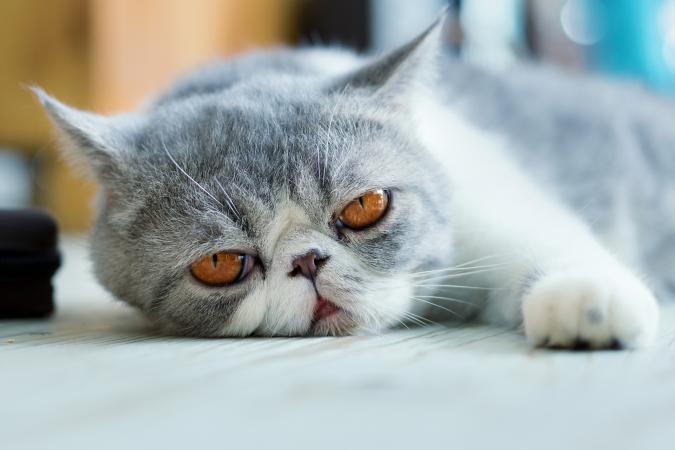 It wasn't until that fateful day when you learned that the hormonal fluctuations of your unneutered cats makes them to yearn for the great outdoors. Specifically, your precious Tommy Catcutekins can smell the other male cats and is looking for some trouble. You could have sworn you looked away for only a moment while the back door stood open. Whether it was to settle a score with the neighbor's cat or to find love in some lonely alley, Tom Cat is gone to roam free... that is until you prove your love for him by putting out a few morsels. Then he'll come back. But -- you ask yourself -- for how long?

Staunch are you, the cat parent, who refuses to fix all the wuvable wittle kittens. And of course, you can justify your choice in spite of the many practical health reasons of those who argue against you. Honestly, it isn't your choice. How can man decide to strip the inherent rights of nature's most regal and powerful creatures? How can we take responsibility for limiting what was surely meant to be a ruling species? It's just baffling to think one would consider it.

To Neuter or Not, It's Not Even a Question (For You)

Let's recap: you have cute (albeit destructive) forces of fur-ry in every inch of your home. Your possessions smell like cats have learned how to use themselves for biological warfare. Your female cats are a little too in love with you. And when you're not immediately opening a can of tuna, your other cats run wild in the community. Spaying and neutering is bad and painful, and cats don't like it -- because they're definitely tiny, thinking four-legged people. Right? You stick to your beliefs, and we'll stick to our single, neutered cat who doesn't pee everywhere.

0
Comments
© 2006-2020 LoveToKnow, Corp., except where otherwise noted. All Rights Reserved.
Resources, Advice & Tips for Covid-19
Read More
5 Reasons Not to Fix Your Cat