Spoiler alert: we don't always want to be at work every single day. However, the excuse, "I just don't wanna," doesn't quite fly after the age of 6. You need to up the ante and get your excuse in line! If you've overused, "I'm way too sick to come in," try one of our excuses instead!

Warning: If your boss likes to play 50 Questions whenever anyone calls out from work, proceed with caution and make sure you prepare the necessary backup details.

How will you ever be able to work without your precious voice? It's impossible -- especially because you don't know sign language! Perhaps you could get by with Morose Code, but what an ordeal. You might as well stay home and recover for a day (or three) to rest those vocal chords. Besides, losing your voice is usually a tell-tale sign you're pretty sick. And you don't want to pass it off to your co-workers! Tip: make sure you send this excuse via email. You can't say you lost your voice if you're explaining to your boss that you lost your voice... on the phone. Duh. 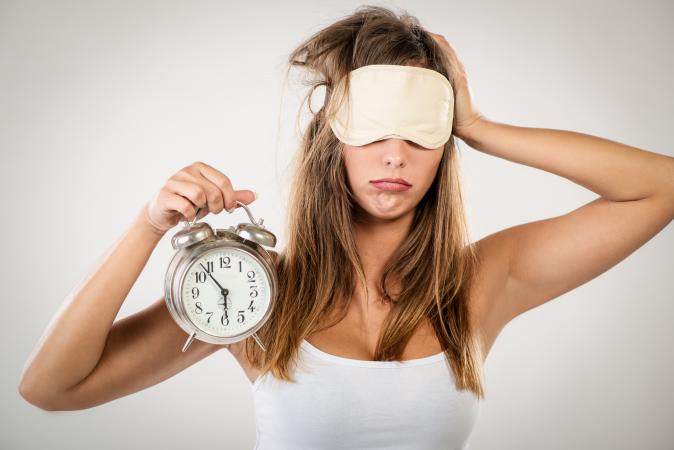 Oh yes, it's the ole "I'm so dedicated to the company that I need to recover," then place hand dramatically on forehead. Here's the thing, employers want their team to breathe and bleed for the company. But it wouldn't really be fair if they punished you for being too dedicated. This excuse should buy you about half a day. If you want the full day, add in, "I'll just work from home today," shtick. You're golden!

A suspension means a time-out at home essentially. Your kid can't be at home alone, and you can't find a sitter on such short notice. Perhaps your six-year-old bit his teacher, or your pre-teen was throwing fists on the blacktop. That's a pretty big oopsie, and there's no way they're getting out of that one with a mere slap on the wrists. And come on. You have to be a good mom and discipline your naughty kid!

So there you are, putting in your time and performing your civic duty when your case gets extended another day! They couldn't come to a consensus on the jury panel and by the time they did make the final selection, the whole darn day flew by. It's not your fault you have a trustworthy face! Just be sure you have the right details if there are articles posted about the case you're "sitting in on." Or you can always try saying you're not allowed to talk about it -- easy. 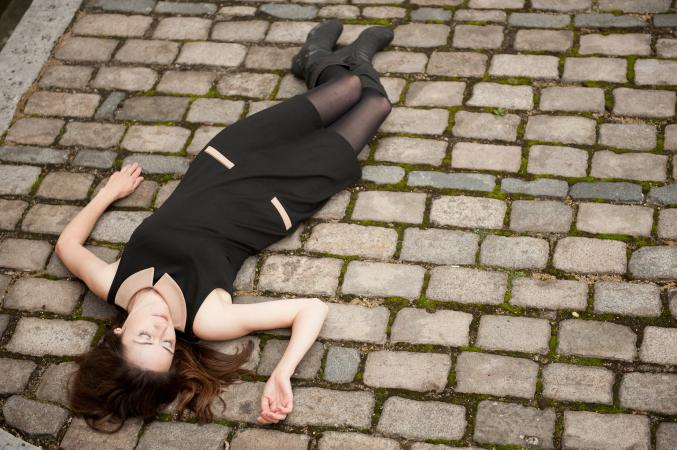 Come on, they take like… six gallons... of the stuff! You had no idea they were going to drain you of all your life force -- is the doctor's last name Dracula for crying out loud?!? (You have permission to use that.)

You didn't expect you'd be struggling to stay on your feet afterward. It's a rare occurrence, but it happens to some folks. And you just happen to be one of the lucky one! Not even the Red Cross' entire supply of OJ and crackers can save you. In all reality, you were being a hero today. Even heroes need to hang up their capes some days.

One just isn't enough to get the day off. You could easily change the tire or call Triple A to get you out of this sticky situation in roughly an hour. But if you busted three tires on a stupid spike strip, you have to get your car towed, buy new tires, complain about the ridiculous amount of money you're spending, etc. If you say all four tires are blown, you're overdoing it. Three's the magic number.

Nana just hit a major milestone and you can't miss out! Everyone knows that grandparents don't stay up late, so the celebration has to happen during her prime hours. Your family also wants to celebrate on her actual day of birth -- for authenticity's sake and what not. Everyone's going. You'll be the only one in your family not making an appearance if you don't show up. AND you have to help with set up. Besides, will grandma make it to 90? No one knows! A lot can happen in the next decade! Come on, grammy needs to be properly celebrated for all her years of service.

6. "I'm Having an Existential Crisis" 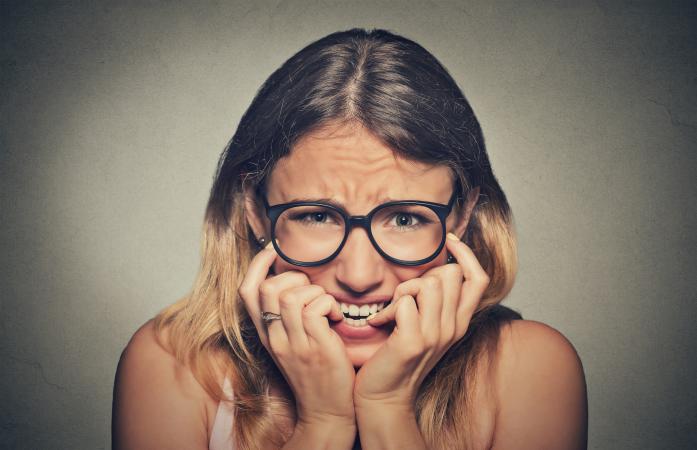 By using this excuse, you're assuming that your boss doesn't know what an existential crisis is. You'll likely get the whole, "What the heck does that mean?" ordeal. But a big sigh and response like, "I'm under too much stress while trying to overcome PTSD and GAD! The doc said I really need some time to unwind and relax. The doctor is always the ultimate decision-maker, and you don't need to provide a note unless you're sitting on the bench for more than three days in a row. You're cruising on easy street with this excuse! If anything, your boss won't push it much further since you're in so much distress.

Picture this, you're driving down a long, winding road, and pull over to take in some fresh air/stretch out your legs, then boom -- everything locked in the car because you stupidly shut the door. There's no phone around for miles! It'll take you close to a fortnight to hunt one down, plus you just aren't down for hitchhiking in this day and age. And who can blame you. You have to conquer the terrain! It might even be woman versus beast for all they know!

This is a five-alarm emergency and someone has to let the pest-control guy in, or else your house will be a disaster zone after work! Who wants rat poop everywhere or ants feasting on their essential nourishment? This excuse falls under the category of natural disaster excuses. You can easily blame a hurricane, earthquake, or tsunami while achieving the same result. 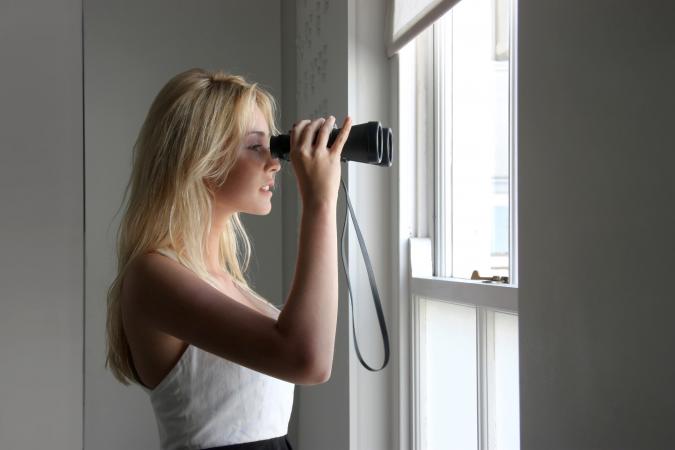 Crime never sleeps, and you don't want it creeping up on you! Maybe a criminal is hiding out on your street. Or there have been a chain of break-ins in the area. You're afraid to leave -- you don't want them taking refuge in your home! You must protect the homestead. Period. Perhaps it'll be safe enough to venture out at the very end of the workday. Yeah, that's it. It's like 10,000 spoons, but all you need is a knife! Isn't it ironic -- don't you think?

12. "There's a Vicious Animal in My Neighborhood"

You would do anything for your company -- except fight a mountain lion/bear/Bengal tiger (Hey, it's happened before). Your life is on the line here! It's not your fault you look absolutely mouth watering to this carnivorous beast. Heck, you'd much rather spend the day at work than fearing for your wellbeing. The second you let your guard down to make a break for your car is the vicious beast's window of opportunity! It's imperative you protect your family -- and yourself!

Pregnancy can't wait. Your dog shouldn't have to suffer just because you have to go to work! You're her designated midwife for crying out loud! That'd be like giving birth without your trusted doctor there. It isn't fair, and it just isn't right (tear). Plus, isn't she expecting like 101 puppies or something like that? If your boss pulls the, "Aw, I wanna see pictures!" act, just Google some cute and believable pictures to show.

There you were, excitedly driving to work while abiding the speed limits, when you see a jewelry store thief breaking through the front window and high-tailing it down the street! You have to call the cops and be available for intense questioning. Who knows how long that'll take -- it might even be an all-day event. The police need to hear every single detail of what you saw while it's still fresh in your head.

Here's the all-encompassing trump card of the excuse hierarchy. "Family issues" could mean anything from a death in the family to your kid having a serious tummy ache. Regardless, you're far too distraught to get into the details, nor should you be expected to. This excuse buys you some time to get something good together. Whew.

Working Out the Details

Playing hooky isn't the hardest thing to do. Besides, you had your entire educational career to master it. The only difference these days is that you have to be accountable for your excuse. With a bit of creativity and the ability to cry on cue, you won't have a problem stepping out for the day!