Boredom -- it's inevitable. But does that mean it has to be the most excruciating time of your life? No way! In fact, you can easily turn bored time to fun time with just a little imagination. So turn that down time frown upside down with some hilarious and creative activities. 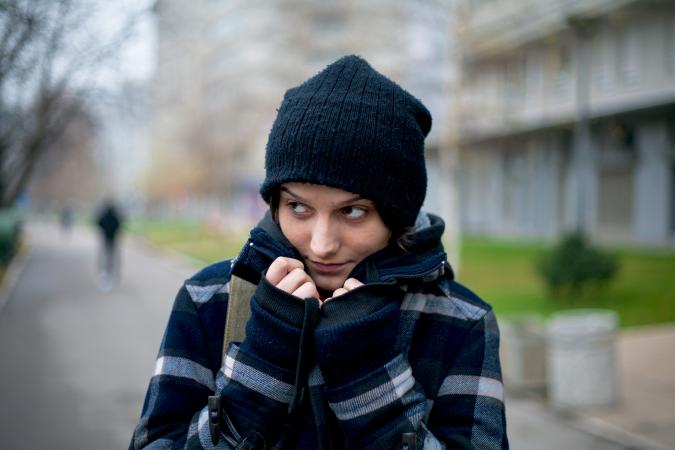 So you're out and about waiting for your friend for what feels like 95 years. Instead of gluing yourself to your phone, start people watching. And when you find a good candidate to shadow -- see how long you can follow him until he notices you.

After a while you'll get so good at it, you'll need to up the ante. Add some goals and make the fun more complex. Maybe something like... singing Camp Town Races the entire time? Or what about skipping? But here's the thing, once you've been discovered you need to play it cool. Look around in a clueless way and give them the whole, "What? Is something wrong?" routine. Shadowing strangers will keep you occupied until your fashionably late friend finally makes an appearance.

There are basically a million tie knots to learn. There's the Four-In-Hand, Half Windsor, Bow-Tie, Oriental, Pratt, and a seemingly endless amount of other knots all serving the same purpose and all overly complicated for no reason whatsoever. But image what a baller you'll be if you know all of them. What man's jaw wouldn't drop off its hinges when you pull off a Christensen Knot?

Grab one of your hubby's ties, or if you're single and ready to mingle "borrow" one from your good ole dad! Did you know there are sites with Ikea-like instructions specifically for this topic? It's like the new age Rubik's Cube. 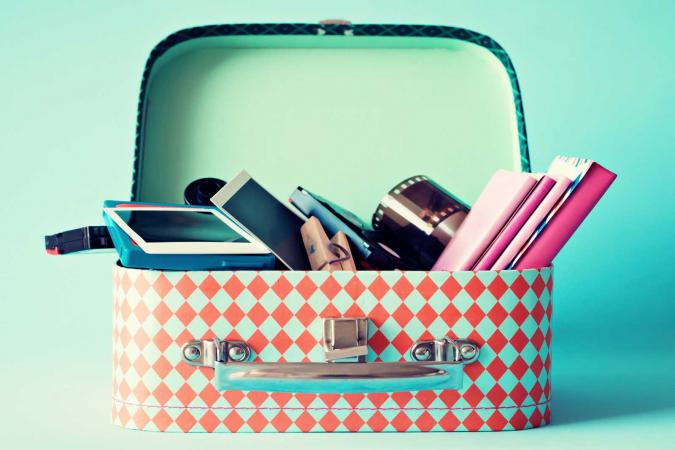 Do you remember time capsules from your school days? At the time you rolled your eyes thinking, "I'll always love velociraptors, finger painting, and Teenage Mutant Ninja Turtles!" But turns out, roughly nine million things have changed since your days as a fourth grader, haven't they? Imagine how much more will change in another 20 years? So ridiculously much.

All you need is a shoebox or a container you won't miss until the very distant future. Decorate it to represent the things you like. For example, bourbon bottle labels, hedgehog stickers, or an obnoxious amount of hot pink. Then fill it up with pictures, a document detailing your daily routine, a list of things you're obsessed with, a letter to your future self, and a couple of tchotchkes. You can make one of these babies every year if you want -- you just need figure out a place to store them…

Yeah, yeah -- we've all known the alphabet since we were four years old. But do you know the Spanish alphabet or the Russian alphabet that uses the Cyrillic script? No. You probably don't. So how cool will you be when you bust out the German, Portuguese, and Hindi alphabets? You will be cooler than a popsicle in Antarctica.

Many times, the various alphabets are not only posted with the correct way to pronounce them, but they also have SO MANY videos on YouTube to help. You'll be a fluent foreign alphabeter in no time!

5. Put on Your Detective Hat

Do you have Forensic Files queued up on your DVR nightly? Have you read Helter Skelter roughly 85 times? This activity is for you! Channel your inner Sherlock Holmes and research all the crime that's gone down in your area over time using CrimeReports or a plethora of other crime scene databases available online!

If you have a shady neighbor who looks like she's hiding something -- you'll know once and for all if it's crime related. This is one of those activities that sucks you in for hours at a time but leaves you feeling like a only couple minutes have passed. Maybe there is a spot for you in the FBI after all. 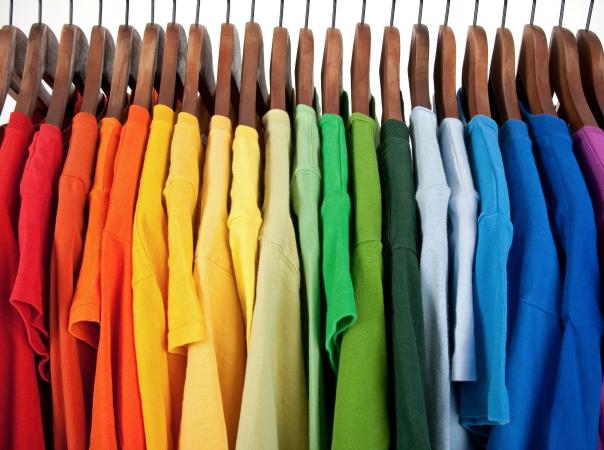 This is organization on steroids! Put your pants in one pile, shirts in another, and keep growing those piles until everything is out of your closet -- then put them back but in rainbow colored order. Never again will you go on a seemingly endless goose hunt just to find your favorite purple "going out shirt" (you know, the one that makes your muffin top disappear). Instead, you'll know exactly where to find it!

After you finish this color-coding extravaganza, you might actually enjoy stepping foot in your closet. Heck, you might even have some extra room to hang a fashionable mirror for modeling clothes. Bonus: next time you go shopping, you'll know which colors need more additions! Maybe you'll even be motivated to put your books in alphabetical order, too! So much win.

The best part about this activity is that you always have a subject for as much time as you need them/it. Whether you're snapping your dog, sibling, or a fruit bowl, you have room to experiment with different lighting and angles. You might even walk away with some shots you're pretty darn proud of.

When you get to a point when your photos aren't embarrassing, look up some amateur photo contests to enter. You can win prizes like a new camera, waterproof backpacks, or even trips to Europe! See, who said boredom couldn't pay off?

Yes, the perfect scare requires planning. You can't hit the typical hiding spots like behind the bathroom door or under the dining room table -- you have to conquer the advanced spots. I'm talking under the bed, buried under clothing in a closet, or even the backseat of a car. These are spots everyone feels uneasy about, but no one expects an actual scare to come from.

Now, you do need patience. Let's say your husband is the main target. Does he mindlessly hang up his coat in a closet that's right next to his office before he puts in a couple extra hours every night? You see where this is going. Let him hand up his coat up and comfortably settle in -- and then strike. Bonus points if you add things like scratching noises to get his attention leaving him questioning his own sanity right before you jump out.

Skittles vodka anyone? How about jalapeno tequila? Make it happen in your own kitchen. Not only are the flavors fresher, but you can come up with your own zany recipes once you master the basics.

Add some mango flavor to your jalapeno tequila, or even try to make your own Bloody Mary mix infused vodka. The sky's the limit! Once you have a bunch of variations in storage, invite your friends over to give you feedback on your recipes. What if you added a little cinnamon to that vanilla-infused bourbon? No one will be able to top your wet bar!

10. Take it Back to the Textbook Days 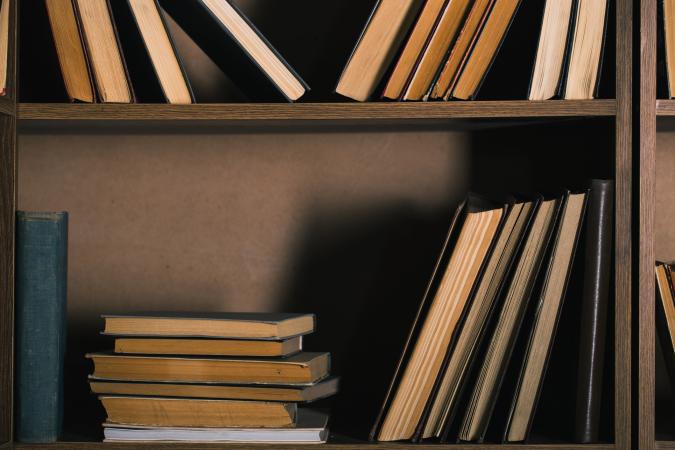 Do you remember your junior high days? You were always lugging your body's weight in textbooks around. Back then it seemed lame, but reading about the planets today is actually kind of cool. Can you name all of Jupiter's moons? Probably not -- but once you dig in, it's actually a pretty interesting read.

Explore your attic/basement/the over-stuffed floor space under your bed to see if you have any long-lost textbooks or, dare I say, encyclopedias. If one strikes your interest -- read up! It's pretty neat to read some actual text versus mindlessly surfing the internet. Plus, you'll feel smart, too!

Turning Up Your Down Time

When boredom creeps into your day -- don't let it drag you down! Keep your interest levels up by finding a new and silly activity to fill your time. Whether it's investigating former crime scenes, making a rainbow in your closet, or re-learning your ABCs (or AБBs) you'll kick your slow time into overdrive!

0
Comments
© 2006-2021 LoveToKnow, Corp., except where otherwise noted. All Rights Reserved.
Resources, Advice & Tips for Covid-19
Read More
10 Unusual Things to Do When You're Bored