Football season. It strikes fear in the heart of many women. Can you keep up with the convo? How can you keep yourself engaged? Will you see your spouse at all before February? It's better to join 'em than beat 'em in this case. Here are some tips to help you not only fit in, but look like a football pro! Maybe you'll even grow to like the sport as you learn how to talk football with the guys.

1. Learn Some of the Legends Behind Team Grudges

Okay, if you can nail this one you are so in, but be warned - it'll take some research. Learn about the divisions both teams are playing in and break out your knowledge on that conference's long-standing team grudges. These mythical stories trace back to decades ago (even half a century in some cases).

An example is the Minnesota Vikings, The Chicago Bears, and the Green Bay Packers - they hate each other. Why? Because the NFC North is known to be a 'take no prisoners' conference. You can't be a fan of one of these teams and EVER support one of the others. This is sacrilege and will lead to your excommunication from the game. The good news is, these guys will never play each other during the Super Bowl because they'll be knocking each other out during the quarter and semi-finals. Just don't pull a, "I just really love Aaron Rodgers" if the Vikings are in the big game and the crowd is rooting for them - ever. These are battle words.

According to all football fanatics, every coach screws the pooch every single season if their team isn't winning (I am also guilty of this). If you learn some of the pinheaded decisions everyone is rallying against, you'll score some major points and be in on the banter. Warning: you might be asked for your opinion if you get into this conversation too deep, so be careful (spoiler alert, football fans are always angry about something). 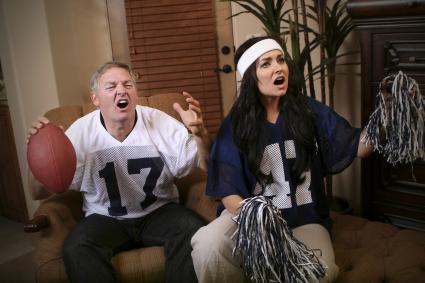 For instance, Chip Kelly made a few boneheaded trades a while back that got the die-hard fans all riled up (Byron Maxwell and DeMarco Murray…really Chip?) Not only did the Philadelphia Eagles struggle that year, but good ol' Chip lost his gig and was replaced by Doug Pederson - which was a controversial decision, to say the least. The point is, study up on the two team's coaching staffs and their poor choices. This is a big deal.

3. Study Up on Some Vocab

Do you know what first and goal means? How about a blitz? Girl, these gents don't expect you to know these things, but if you do master some football buzzwords, their eyes will almost pop out of their skulls when you say smart things about football during the big game. Things like, "Wow, do you think they'll go for the field goal or risk it for the two-point conversion?" at the right time will make their jaws drop. 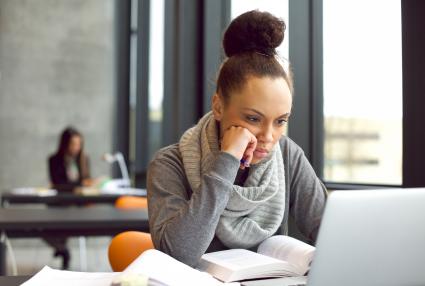 Learning things football fans say isn't so hard to take on really. Just Google some basic football lingo, and sprinkle in some of the terms throughout the game. For instance, "blitz" is an easy one. This is when the defensive backs take down the quarterback before he gets the ball out of his hands (brutal). If you say, "Are you kidding me? This is the third blitz in this game-unfreakingbelievable!" when your team's quarterback goes down - you win.

Wearing your team's jersey is cool. A t-shirt - awesome. But rocking a shirt, painting your face, wearing the socks, and putting team-colored ribbons in your hair is too much. Men can smell desperation (it's this weird sixth sense thing that they have), so keep it minimal.

A little goes a long way here - you put in the effort but you aren't shoving it in their face either. It's kind of like dating. You have to keep it cool during those three days after your first date or you'll freak the guy out (games, games, games). Non-obsession intrigues them. It's nature's way.

There is no talking during gameplay other than groaning or complaining. High-fiving and celebration are also acceptable. But if you're talking during a play, you'll get some major eye rolls and audible sighs. Men absolutely cannot miss a single play as they have to rehash the entire game with their buddies. It's their brotherhood code.

If a receiver drops the ball when it's within arm's reach, you're more than welcome to shout, "What a bonehead! That pass hit him right in the breadbasket!" (aka his torso). That's a great thing to yell during a football game. You can also have short convo when the camera pans to the coaching staff, the team is in a huddle, or (obviously) during a commercial break. The guys are very serious about this, and it could lead to some arguments if not honored. It's one of the first chapters of the bro-code manual.

6. Throw out a Couple Tidbits

Even if they're obvious, it shows you know the game. "I heard Mark Sanchez went to the Cowboys; did he even get off the bench during his time with Eagles?" Here's the thing, the guys know this because they spend hours glued to Sports Center and/or their football apps. The second this news breaks, they're texting their inner circle-trust me.

If you know these little nuggets of info, it makes you 'one of the guys.' You're bantering with them in their language. Sure, they'll spout out a bunch of facts you'll never remember, but the point is they'll be stoked on your effort. Bonus points for finding a factoid they actually don't know.

This is a great tip for football newbies. Take a look at your surroundings. Are there furrowed brows, tight fists, and clenched jaws, or are there high-fives and relaxed sitting positions (hugs too on occasion)? Mimic the intensity. 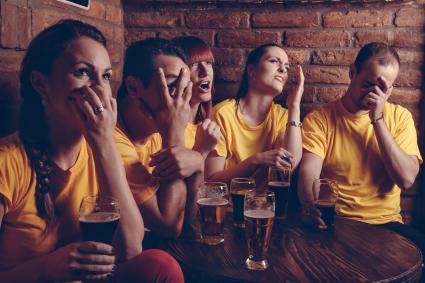 A good way to show you're into the game is by getting in a forward-leaning pose on the couch. Put your elbows on your knees, and bury your head in your hands. This shows that you're really into the situation but also hides your face if you have absolutely no idea what's happening. Throw in a couple knee slaps and foot stomps if things get really bad for your team. Otherwise, nail those high-fives and claps like a BAWSE if your team is up.

8. Step Away From the Technicalities

When you hear a discussion emerging that starts with questions like, "What are your thoughts on Jared Goff being the Rams first round draft pick?" - run. While it's not hard to master generic football phrases and chants, you will not be able to keep up with this conversation unless you are involved with football on the regular. Nope. Not even close. This conversation always evolves into forecasting the performance of said player and the impact he'll have on the team.

This is a really good time to pull the "Oh boy, I need to check on those pigs in a blanket!" football food card. If you're not at your place, a 'bathroom break' will also get you out of the crossfire. Run away and don't look back until the game starts back up.

It's important to find the right person in this situation. If you and your significant are hosting a Super Bowl party at your place - he's not the right person. Your hubby will obviously have a burning passion for football, and his bantering will be way over your head. You've got to think smart here. Don't pick the guy or girl who couldn't care less about the game either; this is a dead giveaway that you don't know your stuff.

Pick the middle-of-the-pack guy. You know, the guy who's engaged in the conversation, but isn't reciting Philip River's children's middle names. That's your guy. Spout off a couple tidbits and share your enthusiasm for the game, and this guy will likely keep it surface level. He's also your ticket into the boys club. Here's the secret: all you need is one to accept you, and the pack will follow.

During half time, many football fans take a reprieve to throw the football around (it regenerates their football spirit or something). Even if you've never picked up a football in your life, give it a try!

There might even be a two-hand touch game that picks up. Get yourself on a team, and have some fun. You're not going to get tackled or be expected to mow down a dude that's over 6'3". Also, they will be impressed if you know some basic plays (please re-reference "blitz" here). Note: if you play, you become the "cool girl" instantly. This is something the guys will talk about and respect you for.

Show Off Your Football Understanding on Game Day

It's not hard to act like you know football. You've got the game plan; you have your ducks in a row. Now go out there and play hard, lady! Just remember, at the end of the day, it's only a game. If you say something that causes raised eyebrows, the point is that you're trying. Every football fan will appreciate you for that. Get started brushing up on your pigskin trivia with this fun Super Bowl quiz!

3
Comments
© 2006-2020 LoveToKnow, Corp., except where otherwise noted. All Rights Reserved.
Resources, Advice & Tips for Covid-19
Read More
How to Sound Like a Football Expert at Your Super Bowl Party