If you've ever seen the movie Runaway Bride, you know that while calling off a wedding is definitely serious, it doesn't have to be life ruining. Oftentimes, by the time people are seriously dating or engaged, they think that it's too late to turn back. But you know what? That is definitely not the case! So, if any of these apply to you, get ready, as The Dixie Chicks famously sang, "to run."

1. You're Not Excited About Dress Shopping 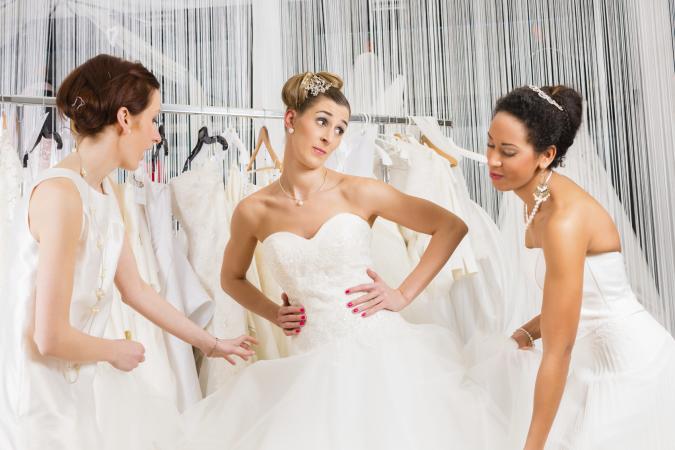 Sure, some women simply don't have the "bride gene," and that's totally fine. But if there is absolutely nothing about your wedding that you are excited to plan, then maybe it's time to take a step back. Are you not excited about planning the wedding because you wish you were saying "I do" in a courthouse, or are you not excited to plan your wedding because, deep in your heart, you know you don't actually want to get married? If the thought of wedding dress shopping has you in hives a la Carrie Bradshaw from Sex and the City, then maybe it's time to take a step back and re-evaulate things.

2. You're Stressing About the Bachelor Party

If you don't trust your fiance to have a bachelor party, then -- for real -- why are you getting married? If you can't trust this person who you are pledging your life to for one night, then what about all the rest of the nights? What about business trips? Company parties? Work happy hours? Sure, some people are more jealous than others, but if the thought of your significant other at a bachelor bash makes you think of nothing other than strippers and cheating, then it's probably a sign that you really don't trust your partner. And maybe, just maybe, it's time to rethink some choices. 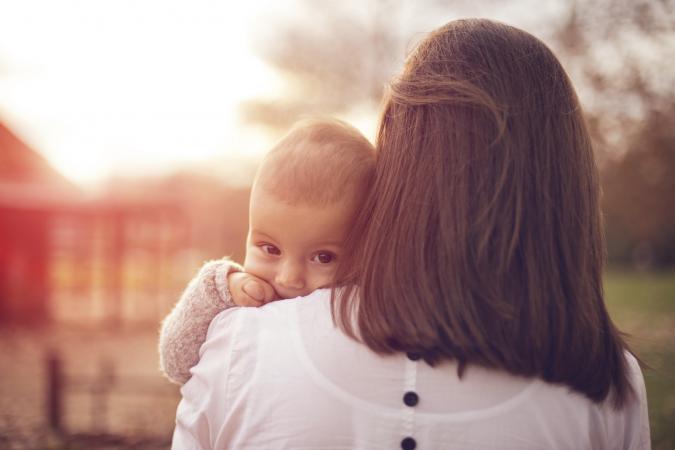 By the time most people get to that adult place in life where they are thinking about settling down, the thought of children has already crossed their minds. And, for most people, that thought ended one of two ways: I absolutely want kids or I absolutely do not. If you are in a relationship where you and your partner don't agree on whether or not you should have children in the future, it is extremely unlikely that one of you will change your mind. Sure, it does happen, but it's not the norm. Children should be agreed on before anyone says "I do." Otherwise, you're just setting yourself up for potential heartbreak.

4. Your Fiance Sides With His Family Over You

If you're one of those people who hates her future MIL, you're definitely not alone. And you know what? Holidays and birthdays might be uncomfortable at times, but as long as your significant other has your back, you can absolutely handle it. But if your fiance chooses their side over yours? Yeah, girl, you better RUN. No one has time to play second fiddle to someone's mom... especially not forever. So, in the spirit of Beyonce, tell him to to pack up his [stuff] and get gone.

If you have been with someone for years and he refuses to even discuss the subject of marriage, then it might be time to start reconsidering some things. While not every relationship has to end in marriage (hello Kurt and Goldie!), if marriage is something YOU want, then you deserve to be with someone who feels the same way. If you're finding yourself feeling like a character from He's Just Not That into You, then it might be time to abandon ship.

6. You're Sleeping in Separate Bedrooms

If you're living together and frequently spending the night in separate bedrooms, then it might be time to really look in the mirror and ask yourself what it is that you're doing. While many happy couples sleep in separate bedrooms because of snoring or conflicting work schedules, it can also be a sign of trouble. If you're finding yourself sleeping separately because of fighting or because you just don't want to be in the same bed as your partner, those are some pretty big red flags. If you're already having problems, avoiding them won't make them go away, and getting married certainly will not fix them.

If you find yourself in the position of playing girl power breakup songs by Beyonce or Kelly Clarkson or Taylor Swift and fantasizing about what it would be like to be on your own, then it does beg the question: why are you still in a relationship? Liking a catchy song is one thing, but if you have a playlist called "Girl Power" and every song on the list is about a girl leaving her man and going on to be independent and fabulous then.... Yeah, you know what you need to do.

8. You're Thinking About Exes 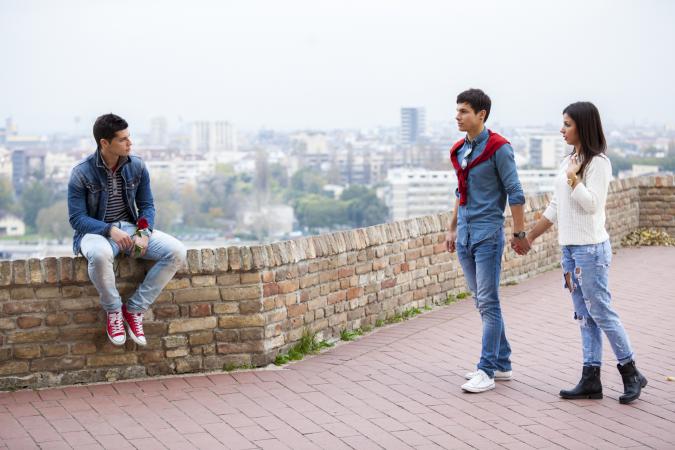 It's totally normal to think about other people when you're in a relationship. However, if you're sitting around day after day wondering what life would be like had you never dumped that college boyfriend from twelve years ago, then, yeah, your relationship might not be as solid as you think it is. While wondering about an ex from time to time is one thing, fantasizing about life with him is quite another. If you're not happy with the person you're with before the tough things like mortgages, kids, and sick parents, then you're never going to be happy with him.

Get Ready to Run

While, admittedly, the thought of being a runaway bride sounds pretty terrifying, the far scarier thing is to get married to someone you shouldn't be spending forever with. So lace up those tennis shoes, girl, and get ready to run off to a far happier life.

0
Comments
© 2006-2020 LoveToKnow, Corp., except where otherwise noted. All Rights Reserved.
8 Signs You Should Not Marry This Person