Clean eating - the golden healthy lifestyle choice favored by many, promising a fountain of youth, energy, sharper minds, more energy, and leaner bodies, yadda yadda yadda. Yup, we totally get it about all the seemingly never-ending benefits of clean eating. And while we can't deny that fueling your body with all those nutritious and wholesome foods is admirable, there are a few unsuspecting downsides too...

1. You Will Be Way Too Happy 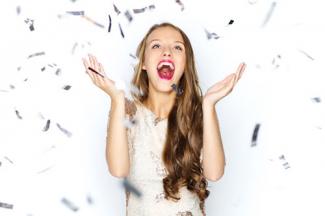 Yup, our good old friend clean eating will make you so deliriously happy with its fruit and veggie ways that not only are you likely to see your anxiety vanish into thin air, but you're also likely to rock a barf-inducing feeling of overall happiness. Sadly, some haters seem to dislike people who are way too happy, preferring those partial to a bit of depression, anxiety, and mood swings. Don't say we didn't warn you about those folks, who will probably be sticking pins into your voodoo doll.

3. You Will Be Dangerously Hot 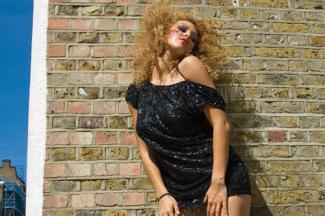 Glowing skin, fewer breakouts, and a lean physique - wake up girl, because this is no dream. This is the promise of you! Expect to radiate so much healthy svelte hotness that people will literally be falling over themselves on the sidewalk as they are blinded by your shiny self. Obviously, that could prove to be a bit awkward and lead to a few broken ankles along the way. Hopefully they won't sue you.

4. You Will Become a Braniac 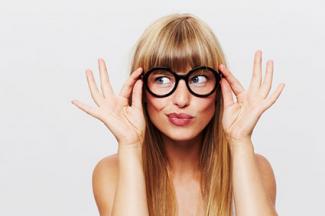 A clean eating diet means a healthy brain, but along with your new brilliant mind could come some drawbacks. You know, like some guys don't like clever women (they're losers anyway, right?). So while things might take a turn for the worse on the dating stakes, at least you'll be winning by filtering out all those jerks with your uber-powerful brain waves.

5. You Will Become Way Too Efficient

Like a superhero, you will be so powered up on your new found clean eating way of life that your energy will reach total explosiveness, leaving friends either running for cover or branding you a showoff. Either way, explosives and showoffs are hard to be around, leaving you with a one-way ticket to loner-ville. Maybe not so bad seeing that small talk is so mind-numbingly dull. 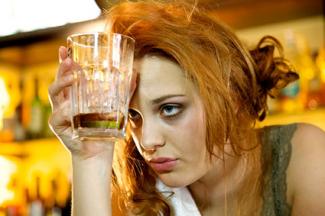 You know all those times when you acted like a total dufus at the office party and then sheepishly blamed it on the vino? Yup, no more of that for you. Your cover is well and truly busted so now you'll have to find some other lame reason for acting like there's a bushfire burning through your brain.

7. You Will Become as Smug as a Pug

Unfortunately, while you are likely to be totally obsessed with applauding, Instagramming, and telling anyone who'll listen every detail of your clean eating ways (hey, have a free pat on the back from us!), it's likely the rest of the world will think this is a total snore and that you are in fact as smug as a pug. But without the precious pug face.

8. Life Will Never Be the Same Again

You've been clean eating for six months, and they've been the most wonderful six months of your life. But just like that defining moment when you first sent your friend over to tell that boy you had a crush on him, this defining moment means that life as you had known it has ceased to exist.

Like with everything in life, you gotta take the rough with the smooth. But while this rough ain't so rough, we're not sure we're ready to give up chocolate cake just yet.

0
Comments
© 2006-2020 LoveToKnow, Corp., except where otherwise noted. All Rights Reserved.
8 Reasons Why Clean Eating is Bad for You