Wait! Before you zoom past the men's aisle and head straight for the women's section, you should know that there are some awesome male products you're missing out on.

Of course, you can always reach out for your man's razor for a closer shave and his deodorant for more potent armpit protection, but believe it or not, there are a handful of other male-oriented goodies that will help you save money and make your life much easier.

1. Men's Aftershave as Your Makeup Primer 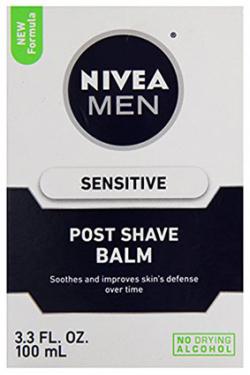 Ladies, how much do we spend on brand-name makeup primers? Too much! But what if I told you that you don't need to squander your precious, hard-earned cash on expensive primers - and that you can grab one for just about $10? Makeup gurus swear by Nivea Men Sensitive Post Shave Balm as not only a cheaper primer substitute, but also the "world's best primer."

According to Daily Mail, its high concentration of glycerin helps extend your makeup's longevity - and also helped the product reel in rave reviews from all corners of the beauty world. 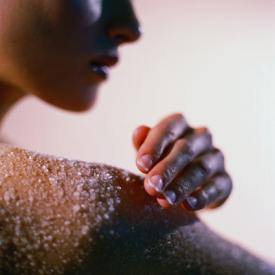 You will find that men's facial scrubs tend to be rougher against the skin because, according to Dr. Adam Geyer, Kiehl's Consulting Dermatologist, men's skin produces a greater volume of sebum, sweat, and of course, hair. So, with this in mind, companies create grainier, harsher skin care scrubs for our male counterparts.

Men's facial scrub may not be your go-to for your face, but since the skin on your body is thicker, using this bad boy as a body exfoliator will do your skin some good! 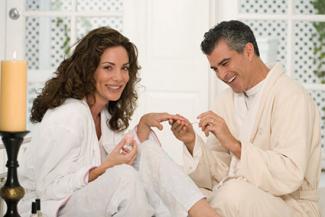 For do-it-yourself manicures, the Ace for Men File Pick is just the trick. Just because it has "men" slapped on its label doesn't mean you can't use it. This product is a staple for nail grooming because of its kick-butt, three-in-one features: a file to shape your nails, a pick for cleaning, and 360-degree scrubbing bristles to remove impurities from the nail surface. How sweet is that? 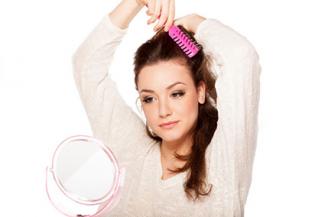 Some days our hair has a mind of its own and does its own thing, right? And no matter how many times you try to domesticate those flyaways, they just won't stay down. But thankfully, conveniently sitting in your beau's cabinet is his spiking glue. Use a little bit of this and your mane will be tamed! Huffington Post recommends Got2B Spiking Glue to keep your hairstyles sleek and polished.

And if these tips are not enough to convince you to try men's toiletries, what if we told you that women's products, on average, cost 7 percent more than their male-oriented counterparts, according to a study published by New York City Department of Consumer Affairs? Let's put it into perspective - women spend $1,351 more annually for the same products. Whoa!

Our advice? Escape the "pink tax" and head to the men's aisle!

0
Comments
© 2006-2020 LoveToKnow, Corp., except where otherwise noted. All Rights Reserved.
4 Mens Toiletry Items Women Should Use Too