You always knew that you and your folks were a little different - but far out hippies? The signs were there all along....

1. You Were Given a Totally Hippy Dippy Name 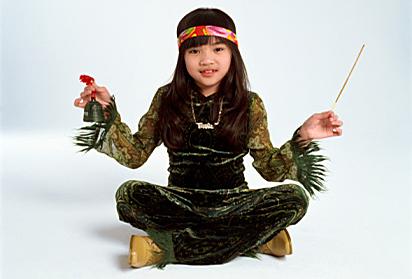 If your parents skipped on all the usual baby names and named you Autumn, Blossom, Breeze, Freedom, or Rainbow, then yup, someone might as well have tattooed "flower child" on your forehead for the whole world to know.

2. You Only Flushed When It's Brown

You lived by the golden rule of all tree huggers, namely - "if it's yellow let it mellow, if it's brown flush it down." Refraining from flushing was all about being kind to Mother Nature, and what's so funky about a little bit of pee anyway?

You spent a large amount of time naked as a child (just look through your photo albums if you don't believe us) and thought people who needed to cover up with clothes all the time were freaks.

4. You Were on First Name Terms With Your Parents

You call your parents by their first name because, you know, you see them as people, not parents. Having extra names like "mom" and "dad" was a total head trip and a far out hassle.

5. You Had Hairy Legs and Armpits Way Longer Than Everybody Else

Your legs were such a carpet of fuzz you could have taken shears to them, and your armpits were like a jungle of doom way into college. You know, you are nature-loving people, and what did the hair ever do to hurt anyone?

6. You Were Eating Clean WAY Before It Was Even a Thing

Clean eating-schmeating. You were eating organic chickens straight from the backyard, along with homegrown kale and buckets of quinoa way before it was even a thing. What's the big deal?

7. Your Parents LOVED IT When You Hennaed Your Hair

While other parents were literally having cardiacs when their daughters showed up with dyed red hair, your parents totally embraced it. They probably even helped you apply it, they were so hip.

8. You Were Recycling Before You Were Out of Cloth Diapers

Say what?! If people think recycling is just about washing out the jars and tins, they should take a leaf out of your book. You were making dustbin pans out of milk jugs and washing and reusing Ziploc bags way before it was even rad.

9. You Always Knew Santa Was a Con 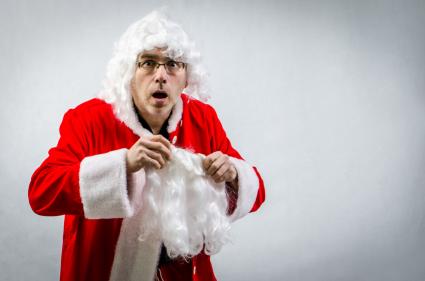 None of this ridiculous commercial fallacy of Santa for you - you knew he wasn't the real deal even before you could say "compost." Your parents always told you straight up. Once you could vocalise, you went around telling anyone who'd listen that he was a fiction of their imagination, making you the party pooper of the school bus.

10. You Have No Idea What Kids at School Were Talking About

While all the kids at class were glued to the TV screen, you were busy making your own tie dye t-shirts and as a result had absolutely no clue what anyone was talking about. Here's betting you thought Sesame Street was a type of snack and Looney Tunes was where they sent crazy people.

So now that we've cleared that one, the question still remains - was being raised by hippies a blessing or a curse? Answers on a postcard please....

0
Comments
© 2006-2020 LoveToKnow, Corp., except where otherwise noted. All Rights Reserved.
Resources, Advice & Tips for Covid-19
Read More
10 Signs You Were Raised by Hippies