From the latest trends to way back in history, we have been gluttons for experimenting with some pretty eyebrow raising looks and methods when it comes to beauty. From wearing a dead fish on your face to poisonous lips, we take a look at some of the more questionable beauty choices that some people thought were a good idea at some point...

OK hands up, we have all probably had some major no-no moments when it comes to makeup but seriously, adopting the fish makeup "look"? Of course, we all love Finding Nemo, but that doesn't mean we want to end up looking like Dory. To make matters worse, back in 2015, a Russian makeup artist Elya Bulochka took the whole fish look to barf-inducing new levels by sticking dead fish all over her face - thinking that would be the next big thing. 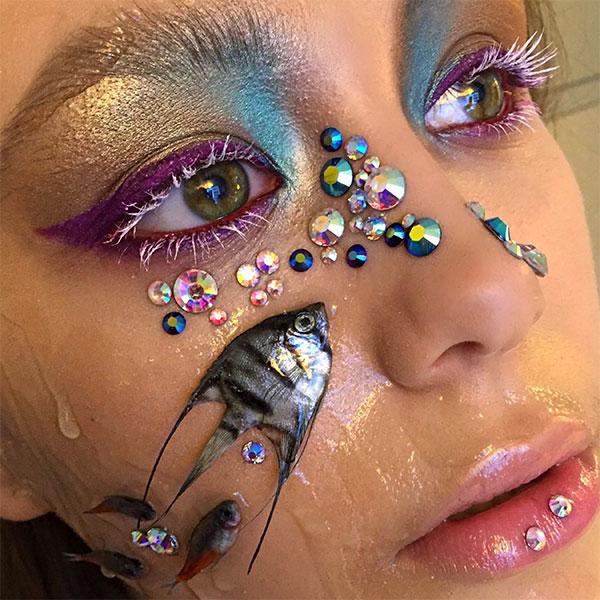 Oh yes, who wouldn't want to be seen out with only half a face of makeup like a fire alarm went off in the middle of application and left you half a face shy of your full look? What started out as a bid to poke a blusher brush in the eyes of makeup shamers, the half face makeup look had a moment as women everywhere united to silence the makeup doomsayers. They did this by posting selfies of half-made-up faces on Instagram because you know - that's the #ThePowerOfMakeup. The results were kinda creepy, and later the trend made it on to the catwalks too.

As if plucking your eyebrows didn't hurt enough in the name of beauty, those crazy historic folk from back in the Renaissance took to plucking their hairlines. Yes, apparently in the 1300s, if you wanted to make it as a beauty in the upper echelons of society, an uber high hairline was essential. Obviously, you would pluck the hell out of your hairline until it was a big old spam head. Major ouch!

Forget diamond lashes, we're talking out-and-out cyber here. Championed over in Korea by artist Soomi Park as a tribute to their never-ending big eye fetish, the LED false eyelashes feature a sensor to turn on and/or off and flicker with your movements. Just don't ask us how you get them off at bedtime. 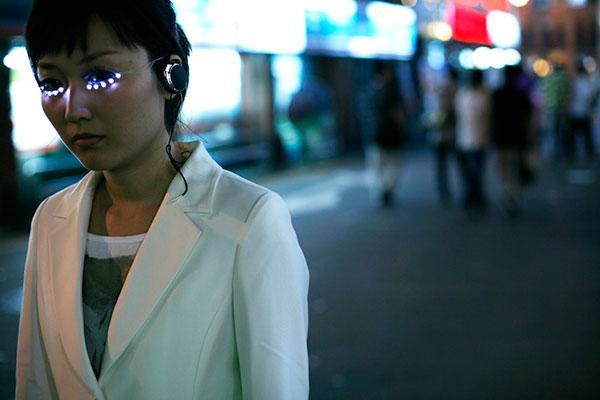 Oh yes, let's just slather some highly toxic and potentially deadly substance all over our lips in the name of beauty - said nobody ever, apart from the Egyptians who thought it would be a good idea to do so in the form of seaweed, iodine and the incredibly toxic bromine mannite. If we think we've got it bad smearing smashed up insect carcasses onto our lips these days, hey! at least we're not responsible for making the phrase "kiss of death" come to life.

7. Neck and Back Contouring

Somebody call the cops! Contouring has officially gone crazy. Sure a bit of contouring on your face - no big deal, but now contouring is taking on everything in its path - namely necks, backs and even....feet! Apparently we are driven by the desire to have swan or ballerina-like necks. We've just got one burning question when it comes to neck and back contouring....how the heck do you contour that which you can't reach properly?

Women in ancient Rome took great care of themselves, and so what's a little animal blood when we're talking vanity? In their pursuit for flawless, alluring nails which screamed seductress, they smeared on a mixture of sheep fat and blood onto their nails. Simple but disgusting.

Taking eye makeup to an entirely new level comes a new generation of what-the! eye art depicting classic stories like The Wizard of Oz or The Little Prince. The trend sparked by visual eye artist Tal Peleg is truly breathtaking, but be warned! it can take anywhere from an hour to five hours to complete. That gives a totally new meaning to the expression "every eye has a story." 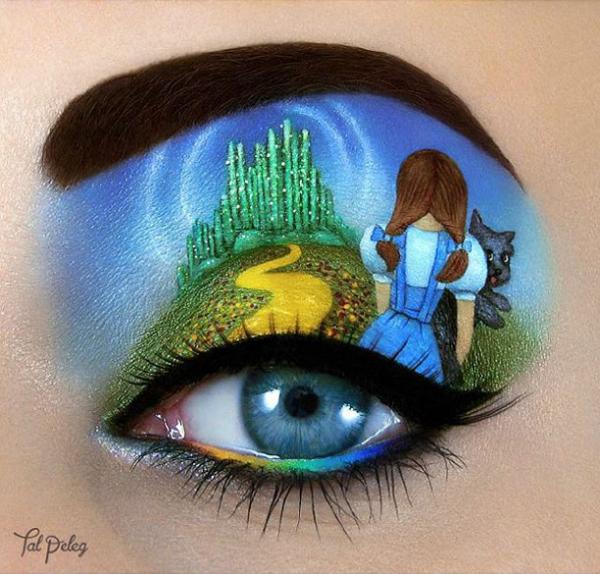 Just when you thought that makeup couldn't get any more ridiculous, then came along ear makeup. Probably invented by one very bored person who had exhausted every single other makeup avenue, ear makeup is all about accessorizing your lobes with er.....makeup. Glitter lobes all day might sound like a good idea on paper, but we're kinda worried that once we leave the house people might think we've got gangrene? #lifeover.

Whatever next? Wearing a dead hedgehog on our forehead and contouring our elbows? Think we'll stick with our tried and tested beauty tricks, thanks very much.